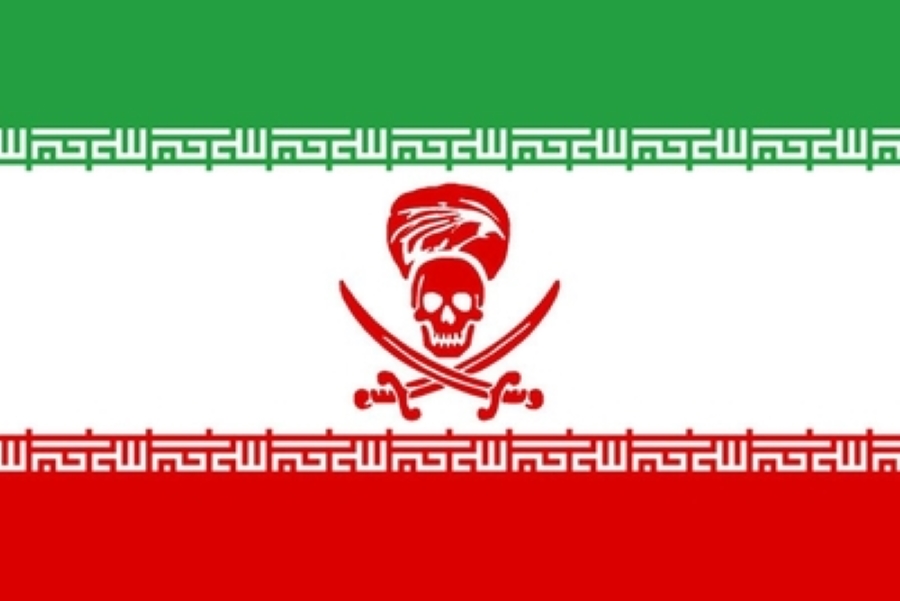 IRAN – AND OBIDEN THE BOLD FACED LIAR TELLS US HE IS NEGOTIATIING FOR US.?

Iran’s defiance of the norms of international law and its subversion of the West continues with no relenting in its intensity and scope. Now, Iran once again sparks tension in the Persian Gulf by embarking on state-sponsored piracy, while its enrichment of uranium has reached the dangerous weapons-level grade.

On May 27, the notorious Islamic Revolutionary Guard Corps, in cooperation with the Iranian Navy, launched a helicopter raid to seize two Greek oil tankers in the Persian Gulf. The “Prudent Warrior” and “Delta Poseidon” were sailing in international waters, 22 nautical miles off the coast of Iran. The Greek Foreign Ministry condemned Iran’s actions as “tantamount to acts of piracy.”

This incident happened just days after Athens announced that it would abide by U.S. sanctions on Russia by handing over a reported 700,000 barrels of Iranian crude oil from the Russian-flagged tanker “Lana.” The ship is owned by Russia’s Promsvyazbank, a bank critical to Russia’s defense sector. The U.S. Treasury designated the bank on Feb. 22 – just two days before the Russian invasion of Ukraine – “for operating or having operated in the defense and related materiel and financial services sectors of the Russian Federation economy.”

The “Lana” created a two-for-one sanctions case as a Russian-flagged ship was carrying Iranian oil. The U.S. confiscated the Iranian oil from the ship. The Russian tanker remains anchored off Karystos, in the central part of the Aegean Sea.

The two Greek ships and their crews are still in Iranian custody. For Iranian propaganda, this act of piracy is legitimate retribution for the Lana incident.

Nour News, a website close to Iran’s Supreme National Security Council and the de facto information branch of the Islamic Revolutionary Guard Corps, announced that Iran would take “punitive action” after the two tankers were seized. Nour News justified the action as “a legal and proportionate response to the Greek government’s action against Iran’s interests.” It also accused Greece and the United States of “economic terrorism” against Iran.

On June 4, during a ceremony marking the death anniversary of his predecessor and late founder of the Islamic Republic Ayatollah Ruhollah Khomeini, Iran’s Supreme Leader Ayatollah Ali Khamenei acknowledged that Iran took the two Greek oil tankers. “They stole our oil on Greek shores,” Khamenei said in his 80-minute speech. “Then, our self-sacrificing and valiant soldiers made up for it and confiscated the enemy’s ship carrying oil. Then, the enemy accused Iran of theft via his comprehensive propaganda and media empire.”

Khomeini defended the hijacking of the Greek tankers as an act of reprisal. “Who is a thief?” he asked. “You stole our oil and we took it back from you! Taking back stolen property is not theft! It is you who are thieves! The Americans order the Greek government and they obey by stealing our oil.”

The Quds Force is an IRGC military intelligence division. The United States has designated the Quds Force as a terrorist group “for providing material support to the Taliban and other terrorist organizations.” This act of piracy is but another incident in a pattern of illegal acts by Iranian authorities undermining international movement in the seas. In 2019, Iranian forces assumed a series of limpet mine attacks in the Persian Gulf that left many tankers damaged. In July 2021, an Israeli-linked oil tanker was attacked by a military Iranian drone in an incident that left two European crew members dead. Just a week later, Iranian paramilitary forces also briefly seized a Panama-flagged asphalt tanker off the United Arab Emirates and continued their provocative actions seizing a Vietnamese tanker last November.

The piracy campaign and other violent provocations should be considered as the United States and others continue negotiations aimed at restoring the 2015 nuclear deal.

The deal, officially known as the Joint Comprehensive Plan of Action (JCPOA), limited Iran’s uranium enrichment and other work that could allow it to manufacture nuclear weapons. The United States withdrew from the JCPOA in 2018 and reimposed several unilateral sanctions on Iran.

Iran announced in 2019 that it had started to increase uranium enrichment beyond the 3.67 percent limit agreed upon in the JCPOA. It declared that it has the capability to enrich uranium to 20 percent. Indeed, the Iranian Parliament approved a law in late 2020 mandating the enrichment of uranium to 20 percent. Ever since, Iran has been steadily enriching more and more uranium, reaching the weapons-grade level.

According to a June 16 New York Times report, Iran is constructing an extended new network of underground tunnels at its Natanz nuclear site, its primary enrichment facility. This underground network appears to be intended to provide safe facilities for an enrichment facility, providing relative immunity to cyberattacks and bombing. “Although Iran has no obligation to provide outsourced information, it has notified the IAEA [International Atomic Energy Agency] since the start of construction work to relocate the Karaj TESA plant around the Natanz site,” Behrouz Kamalvandi, the spokesman of Atomic Energy Organization of Iran, told Nour News. He went on to attack Israel once again: “Considering the full transparency of our country’s actions, there is no doubt that the atmosphere created by the media affiliated with the Zionist current will not lead to ambiguity and political abuses.”

In another Nour News article, Iranian sources admit that the nuclear program is in full development: “Today, even Iran’s enemies acknowledge the fact that, despite the imposition of oppressive sanctions, Iran’s peaceful nuclear program is advancing at a remarkable pace, and sanctions have failed to have the slightest mitigating effect on the peaceful programs that Westerners mistakenly express concern about it.”

The IAEA which – despite repeated warnings by Israel and the United States – was disregarding Iran’s unilateral actions, now seems aware of the realities on the ground. The IAEA cannot confirm the correctness and completeness of Iran’s declarations under its Comprehensive Safeguards Agreement, Director General Rafael Grossi told the IAEA’s Board of Governors on June 6. According to Grossi, Iran has “not provided explanations that are technically credible in relation to the Agency’s findings at three undeclared locations in Iran.” Iran has also not informed the IAEA “of the current location, or locations, of the nuclear material and/or of the equipment contaminated with nuclear material, that was moved from Turquzabad in 2018.” Such a statement reveals the failure of the IAEA’s bureaucratic approach over the years.

Earlier this month, Tehran announced the removal of 27 tamper-proof surveillance cameras at nuclear sites previously installed by experts and functioning as IAEA’s monitoring system. This action severely impairs the IAEA’S ability to observe and evaluate the Iranian nuclear program. As a response, the Biden administration announced new sanctions against Iran’s petrochemical industry June 16 with the aim of compelling Iran to comply with the JCPOA. Still, despite all these brazen violations of any security guarantees on its nuclear program and congressional opposition, the Biden administration continues to declare its commitment to the general framework of the JCPOA negotiations. Now, a bipartisan majority in Congress wants a renegotiation of the original deal.

On Sunday, Deputy Assistant Secretary of State Bill Russo told the Saudi newspaper Asharq Al-Awsat that it was still possible to return to some form of an agreement. “We believe that the nuclear deal is possible, but it depends on Iran,” Russo said.

The indications that Iran is adopting an even more hardline stance are mounting. On June 18, the former editor of hardline daily Kayhan, Mehdi Nasiri, wrote that Iran is moving toward a war: “Evidence including the suspension of nuclear negotiations in Vienna and the escalation of tensions between Tehran and the IAEA might indicate that the Islamic Republic is interested in war and such a war is likely to start.”

As Joe Biden prepares to make his first Middle East visit as president, it would be wise to bear in mind the repeated violations of agreements and the Iranian regime’s aggression. Iran continues to support terrorist groups including Hizballah in Lebanon and Hamas in the Gaza Strip. Iran’s cyberwar capabilities have been considerably upgraded with Russian help, enabling it to perform repeated attacks against U.S. and other Western targets.

Despite all the sanctions imposed by the United States, Iran is moving ever closer to obtaining nuclear weapons. Reports indicate that Iran simply doesn’t want a deal. The question for the United States, therefore, is what happens next? The status quo means Iran produces nuclear weapons. Failure to find new ways to dissuade the regime costs the U.S. its credibility vis-à-vis its rivals, imperils its allies in the Middle East, and encourages further disruptive actions by Iran.