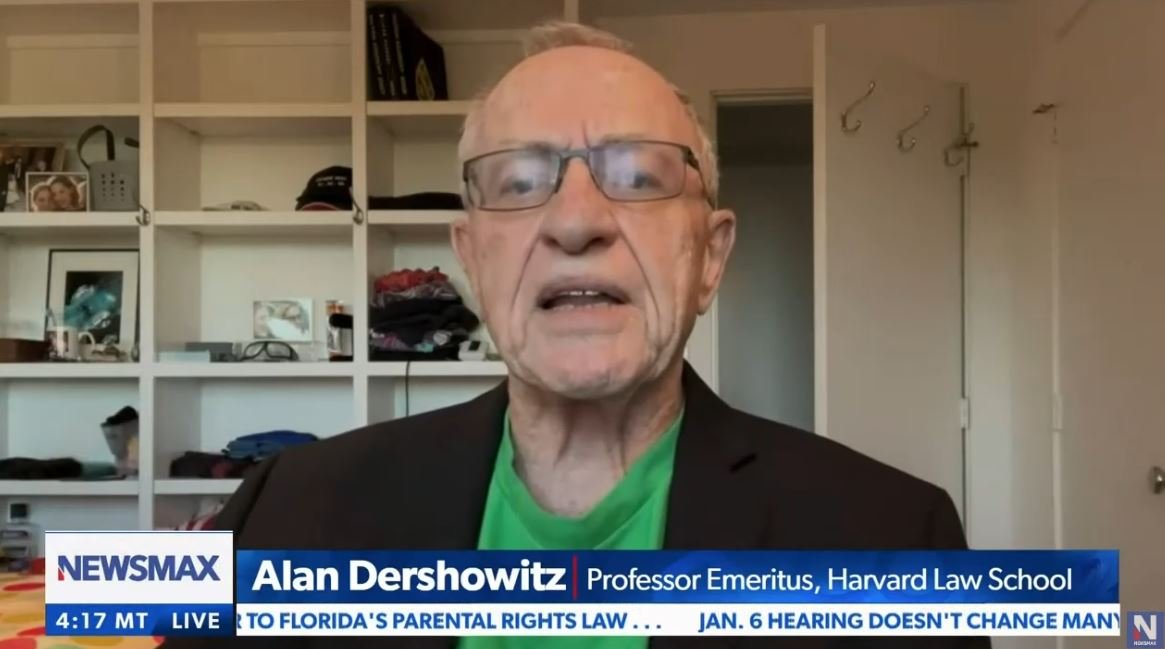 Alan Dershowitz accused the Committee of lying to the American public and doctoring video. He also declared that President Trump committed no crimes.

Alan Dershowitz: It was unethical. Why was it unethical? Take for example President Trump’s speech on January 6th. I opposed that speech. I don’t think it was done well. I don’t think he should have done it. But he said at the end of the speech he wanted people to show their voices patriotically and peacefully. They doctored the tape! They edited those words out. If a prosecutor ever did that they’d be disbarred! You can’t present part of the tape and deliberately omit the rest of the tape in order to mislead the audience. Especially when the other side has no opportunity to cross-examine. And has no opportunity to put on its own evidence. There is a special obligation not to cheat! Not to defraud the viewers. That’s exactly what they did… And Donald Trump committed no crimes.