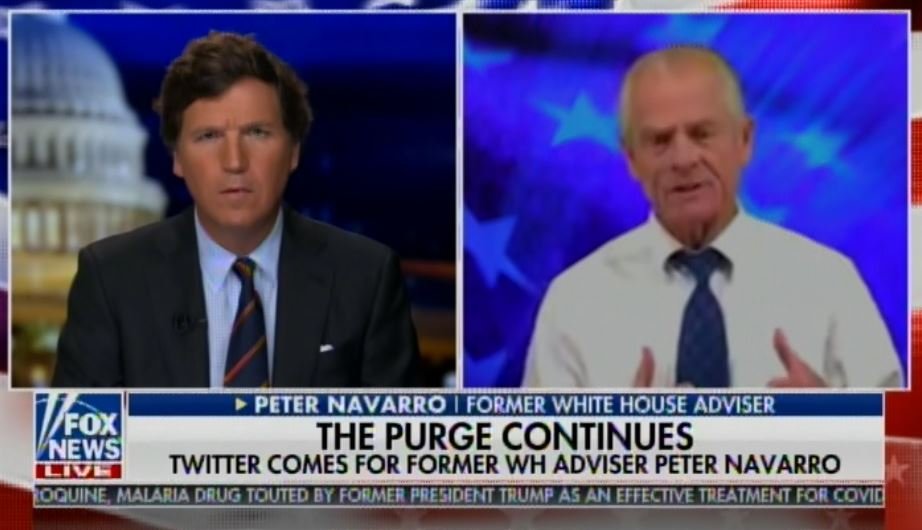 Former White House Director of Trade and Manufacturing Policy, Peter Navarro, joined Tucker Carlson on Wednesday night. This was after Peter Navarro had been banned by Twitter.

Navarro told Tucker he had not even tweeted since January 14th but was banned this week!

Peter Navarro: It was something about unusual traffic but I hadn’t tweeted since January 14th. The point here is it’s because of who I am and what I might say not because of anything I did. . And this is Pichai at Google, Dorsey at Twitter, Zuckerberg at Facebook, Bezos at Amazon. They somehow believe that it’s their responsibility to shut up half of America. THey’re doing violence to the First Amendment. They’re doing violence to this country. And, this will not stand Tucker. This cannot stand.