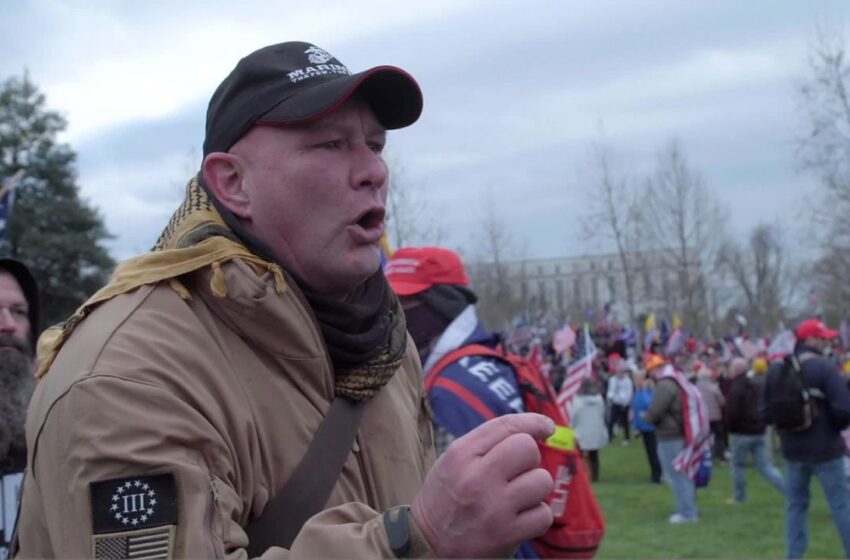 This is inhumate treatment.  Shively says “the water is brown and smells of contamination” and the cells reek of “of puke, urine, fecal matter, and mold.”

Shively was stationed at Camp Lejune and may have been exposed to the contaminated water at Marine Corps Base.

Shively, a 55-year-old Pennsylvania man, was arrested on January 19, 2021 after allegedly assaulting police officers during the January 6 Capitol riot and is currently detained at the D.C. Central Detention Facility.

In a letter provided to The Gateway Pundit, the military veteran details why he fears for his life as anti-Trump correction officers in the jail subject J6 inmates to cruel and unusual punishment and refuse to provide him adequate treatment during his battle with cancer.  Barton Shively says he’s endured massive shame and is branded an “insurrectionists” despite being a law-abiding citizen and US Marine who has served this nation.

“Getting my cancer treatment set up in the DC Gulag was a nightmare,” Shively explains. “It took 3 months for me to see my medical provider. My first experience at the DC VA was a terrible and disheartening time. At first attempt, I was denied access to the VA on grounds of me being a prisoner, even though I had not been convicted of anything and I was only a pretrial detainee. After about 4 hours of debating with the administration, I was finally admitted. Although I felt they really didn’t want me there. Even though I’m a veteran and I was honorably discharged. The feeling of being forgotten and abandoned by my country filled my head and broke my heart.”

When prison guards escort Shively to the VA for medical treatment, they instruct him to drape himself in a sheet to spare people at the VA from embarrassment.

“As far as medical treatment goes at the jail it’s horrible and pretty much nonexistent. My struggle and journey with cancer is about to begin. On my appointment days, the jail wakes me at about 4:45 am and I’m taken to a freezing cold holding cell for about 3 hours waiting for transport to the VA.  After getting to the VA, I’m transported by wheelchair covered by a white sheet because people could see my orange uniform and shackles. I was told it would embarrass or cause anxiety with people at the VA. This to me is such an embarrassment and a mark