BREAKING: Omar Connected Harvester SEEN Exchanging $200 for General Election Ballot.”We don’t care illegal.”…”We are taking the money and we’ll vote for you” “@IlhanMN is the one who came up with all this”#CashForBallotspic.twitter.com/mCoCn3ryVK

On Sunday night James O’Keefe and Project Veritas teased the release of new undercover videos in their Expose 2020 campaign!

UPDATE– And here it is.

Mark Kelly, like his fellow Democrats, can’t get elected on his real agenda.

So Mark Kelly is lying to Arizona voters. 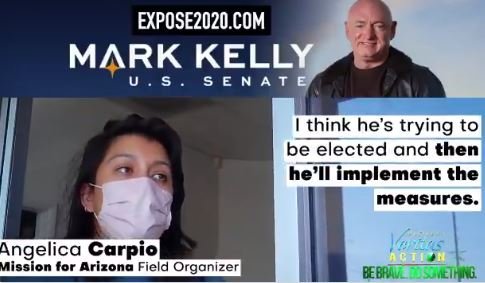 Mark Kelly is hiding this from Arizona voters until after the election!