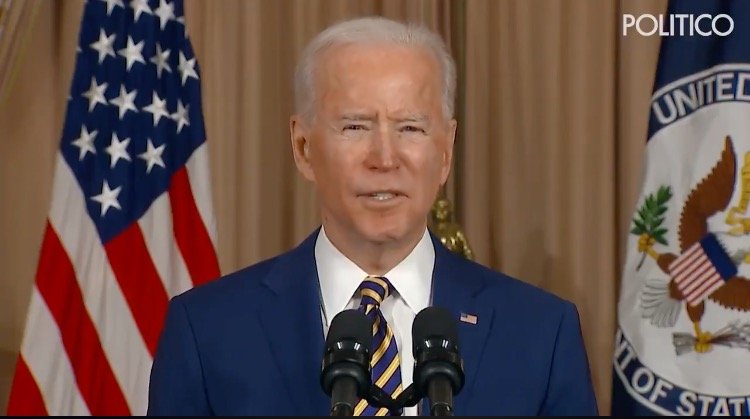 78-year-old Joe Biden on Thursday revived his old, dubious claim he was “shot at” overseas during a foreign policy speech at the State Department.

Biden’s speech was painful to listen to because of his labored breathing and slurred speech.

Joe Biden told a group of diplomatic aides at the State Department that he was “shot at.”

Biden actually walked back this same claim in 2007 after veterans blasted him for embellishing his story of coming under fire.

Joe Biden claimed during a presidential debate in 2007 that he was shot at in Baghdad’s “Green Zone.”

Biden later walked back his claim and said, “I was near where a shot landed.”

Biden’s aides tried to come to his rescue and offered other examples of Biden coming under fire.

One aide claimed a building in Iraq’s Green Zone was rattled when a mortar was fired nearby while Biden was inside shaving.

In 2007, The Hill reported that Biden also claimed a bullet narrowly missed a helicopter he and his aides were flying in en route to the Baghdad airport.

“The nuance of being shot at or shot near means nothing in a war zone. The point Sen. Biden was making is that Iraq is a dangerous place — for our troops, for Iraqis, for everyone.”

Joe Biden constantly lies about his past to sound like a tough guy.

One of Biden’s favorite lies to tell people is that he marched in the Civil Rights movement.