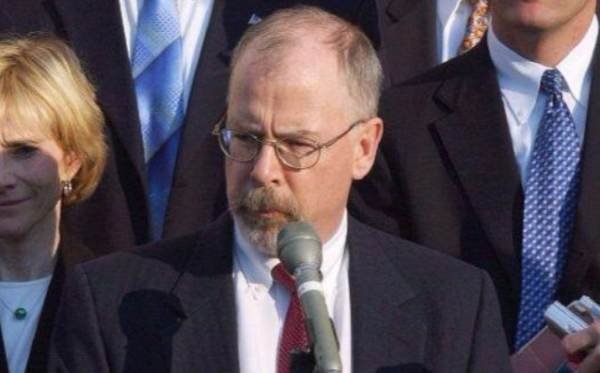 John H. Durham, the special counsel appointed by the Trump administration to scrutinize the Russia investigation, has told the Justice Department that he will ask a grand jury to indict a prominent cybersecurity lawyer on a charge of making a false statement to the F.B.I., people familiar with the matter said.

The lawyer is Michael Sussmann, who is accused of lying to the F.B.I. in a 2016 meeting about Trump and Russia.

To paraphrase a speech by Winston Churchill, I do not know if this is the beginning of the end or the end of the beginning, but it is a beginning.

According to the Times, the indictment hinges in part on testimony from former FBI General Counsel:

Mr. Baker, the former F.B.I. lawyer, is said to have told investigators that he recalled Mr. Sussmann saying that he was not meeting him on behalf of any client.

But Sussmann told Congress a different story – via TechnoFog:

I want to believe that this is the start of the indictments of the Obama officials who spread the lie that Donald Trump was a puppet of Putin and a stooge of the Russians.

It was a heinous lie but the media worked tirelessly to spread it and keep it alive. But I am also a realist and acknowledge that hopes of justice being done have been dashed repeatedly. According to the Times, even Sussmann’s lawyers expect him to be indicted.