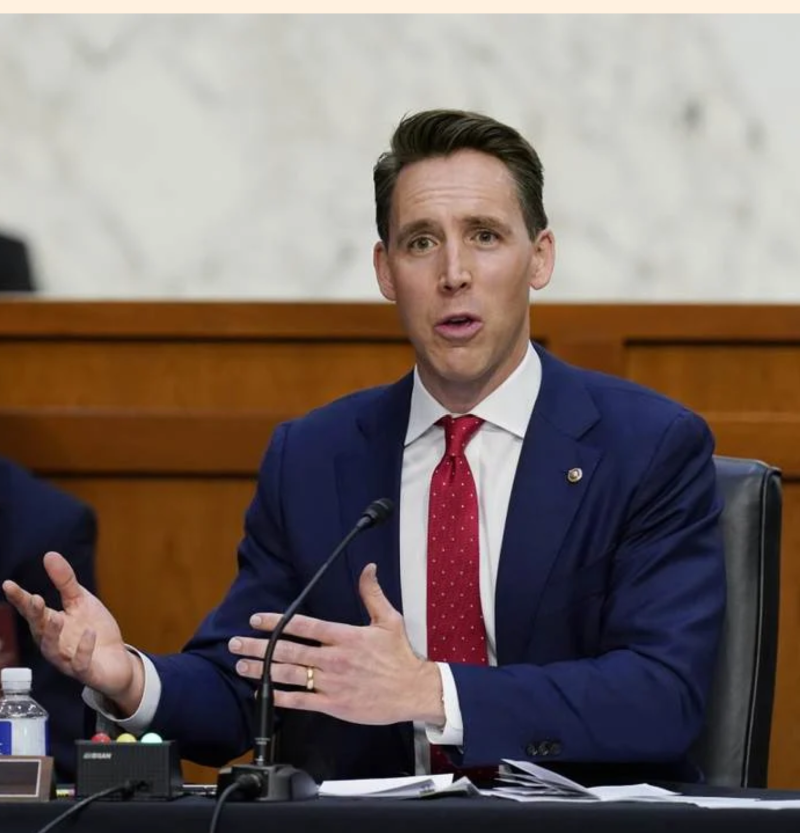 OBIDEN’S WORLD – THEY ARE TRYING TO DESTROY AMERICA

Posted on July 12, 2022 by Constitutional Nobody

The Senate held a hearing on abortion on Tuesday, and as you’d expect, the insanity flowed like milk and honey. Democrats, apparently not even trying to change minds at this point, decided to call the most insane witnesses imaginable to argue for legalizing the barbaric practice until birth.

That led to some fireworks, specifically between Sen. Josh Hawley and a law professor named Khiara M. Bridges from the UC Berkley School of Law. To put it succinctly, Bridges is a case study in how woke ideology destroys the brain’s capacity to think critically.

The setup begins with Sen. John Cornyn’s questioning of the witness. She responded to his questions by using the phrase “person with a capacity for pregnancy” five times.

BTW, that lady^ is a law professor at Berkley.

Why are they always law professors.

At that point, Hawley had seen enough. When it was his turn, he asked Bridges why she can’t just say “woman” given that it is women who can biologically get pregnant and give birth. That’s when things touched off, with Hawley being accused of being “transphobic” and inciting violence against “trans people.”

Hawley: Why are you using the term “person with a capacity for pregnancy” instead of “woman?”

Bridges: “Your line of questioning is transphobic and opens trans people to violence.”

Hawley: “You’re saying I’m opening up people to violence by saying women can have pregnancies?” pic.twitter.com/Yi46NlQCr0

You can’t do anything but shake your head when you watch a clip like that. Here, we have a supposedly “educated” woman, who teaches law at a prestigious university, who apparently believes women do not actually exist. Your mother? Your wife? Apparently, they are just a “person with the capacity to get pregnant.” How is this stuff not wildly offensive to all the third-wave feminists out there? You’d think they wouldn’t stand by while the woke left erases the entire concept of womanhood.

But it’s really the suggestion that Hawley is causing violence by simply acknowledging the objective truth that is the worst part of that clip. Those kinds of attacks have become commonplace on the left. If you don’t agree with their orthodoxy on a subject, they engage in a type of political blackmail, where you must bend the knee lest you be responsible for people who get hurt or hurt themselves. We see this with the citation of suicides and transgender ideology. As the line goes, if you dare say that a man can’t become a woman, you have now promoted the suicide of those who say they are transgender.

Yes, it’s an incredibly asinine accusation, but it’s one that many on the right don’t know how to respond to. The answer is simple, though: You tell those accusing you of causing violence to go jump in a lake.

No one is required to treat these blackmail attempts as anything other than the bad-faith garbage that they are. It is emotional manipulation to demand people agree with you or that they are somehow responsible for another person committing suicide. Further, it’s the sign of someone who has no real argument. A person confident that the facts are on their side wouldn’t stoop to such stupidity. The left knows it doesn’t have the facts on its side, though. Thus, you can expect a lot more of this kind of thing in the future.

This article was originally published by RedState. Read the full article.

Click this link for the original source of this article.
Author: RedState

This content is courtesy of, and owned and copyrighted by, https://thinkcivics.com and its author. This content is made available by use of the public RSS feed offered by the host site and is used for educational purposes only. If you are the author or represent the host site and would like this content removed now and in the future, please contact USSANews.com using the email address in the Contact page found in the website menu.