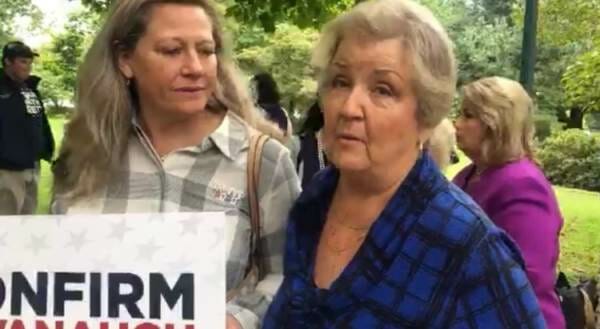 Bill Clinton’s rape victims, Juanita Broaddrick, the former nursing home administrator who was brutally attacked in Arkansas in the late 70’s by the then governor, is officially back on Twitter following her suspension from the platform in April of this year following a post criticizing the effectiveness of the COVID-19 vaccine.

We all now know that the vaccines are certainly not as effective as the medical elites told us and the side effects can be deadly.

Doctors, Scientists and Professionals from More than 34 Countries Declare “International Medical Crisis” due to Diseases and Deaths Caused by COVID-19 Vaccines

Broaddrick was thrust into the political spolight on the international level during the Ken Starr investigation of how then-President Bill Clinton carried on an inappropriate and torrid affair with the young intern from 1997 to 1998 in the White House.  For decades before the Clinton-Lewinsky scandal, Broddrick had remained adamant about how Bill Clinton had viciously raped her, never changing or augmenting her story.

Interestingly enough, Ms. Broaddarick was banned on Twitter mere months after her book detailing what happened to her at the hands of Bill Clinton was released, titled “You Better Put Some Ice On That,” referencing how former President Clinton bit her lip to the point of drawing blood during the sexual assault.

Book orders were amazing during the holidays and we ran out. Apologies for those who’s orders were delayed. We’re restocked and ready to ship. Thanks for your support. I personally sign all books. To order go to: https://t.co/jCaTgDasAZpic.twitter.com/PgN6J3shDT

During the 2016 general election campaign, she appeared before the second presidential debate with several other Clinton sexual assault and rape survivors.