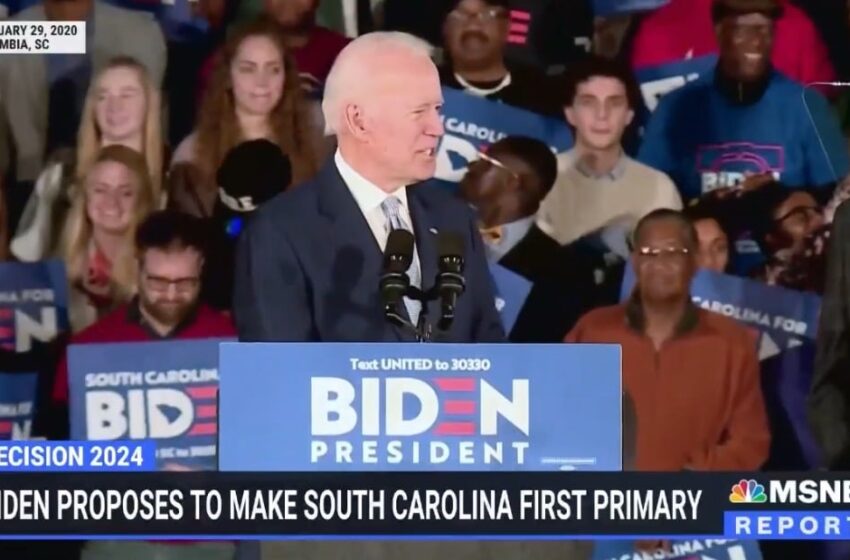 The Democrats on Friday voted to remove Iowa as its first voting state and will replace it with South Carolina.

Apparently Iowa is too white.

This move was championed by Joe Biden to ‘reflect the party’s diverse electorate.’

Democrats voted Friday to remove Iowa as the leadoff state on the presidential nominating calendar and replace it with South Carolina starting in 2024, a dramatic shakeup championed by President Joe Biden to better reflect the party’s deeply diverse electorate.

The Democratic National Committee’s rule-making arm made the move to strip Iowa from the position it has held for five decades after technical meltdowns sparked chaos and marred results of the state’s 2020 caucus. The change also comes after a long push by some of the party’s top leaders to start choosing a president in states that are less white, especially given the importance of Black voters as Democrats’ most loyal electoral base.

Discussion on prioritizing diversity drew such impassioned reaction at the committee gathering in Washington that DNC chair Jaime Harrison wiped away tears as committee member Donna Brazile suggested that Democrats had spent years failing to fight for Black voters: “Do you know what it’s like to live on a dirt road? Do you know what it’s like to try to find running water that is clean?”

BREAKING: Democrats voted to remove Iowa as the leadoff state on the presidential nominating calendar and replace it with South Carolina starting in 2024, a dramatic shakeup championed by President Biden to better reflect the party’s diverse electorate. https://t.co/3gKEcLOpPQ

Joe Biden pushed for the Democrats to move its first voting state to South Carolina because that is where he made his ‘come back’ in 2020.

Recall, the Democrats were up to their old tricks during the Iowa caucuses in 2020.

The Iowa caucuses were marred by glitches, technical difficulties and shady coin tosses.

This is par for the course with Democrats.

They want elections to be murky.

Pete Buttigieg won the last delegate in one precinct in Iowa’s Caucuses in 2020 with a coin toss.

Here’s your Iowa democracy in action – a coin toss to determine who gets the last delegate out of this #IowaCaucus precinct after Buttigieg and Klobuchar tied. Buttigieg won. pic.twitter.com/1s4zTE0u96

Joe Biden was in fifth place after Iowa, Nevada, New Hampshire and he magically made a ‘come back’ in South Carolina.