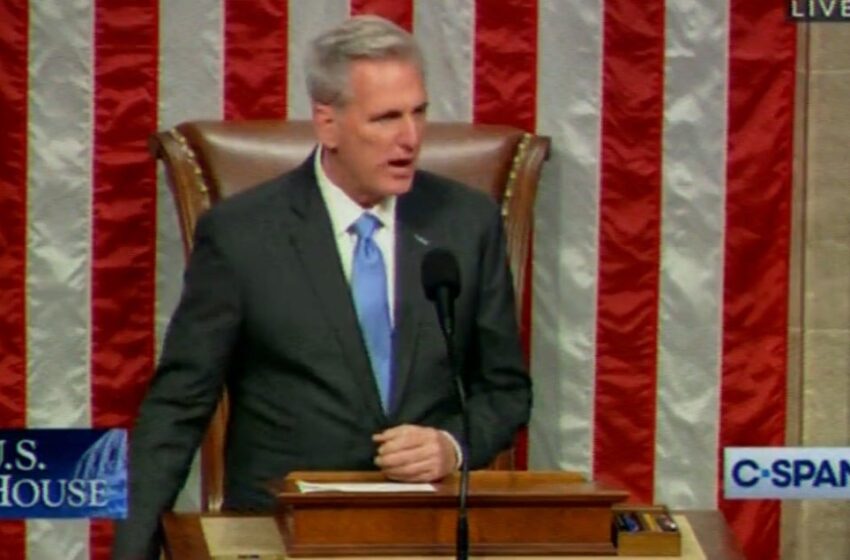 The House of Representatives on Monday evening voted 221-210 to repeal funding for 87,000 IRS agents.

The so-called ‘Inflation Reduction Act’ gave $79.6 billion to the IRS over the next 10 years.

The Wall Street Journal said the new army of IRS agents will target the middle and upper-middle class.

According to new analysis, the IRS audits the poor at 5 times the rate of everyone else.

The IRS also has a history of targeting conservative groups.

The House approved its first bill on Monday night rescinding funding for the 87,000 IRS agents.

“Promises made,” Speaker McCarthy said as he dropped the gavel.

This was our very first act of the new Congress, because government should work for you, not against you.

McCarthy weighed in on the new rules package.

Rules that:
→ Empower members to debate
→ Increase transparency
→ Reopen Congress to We the People