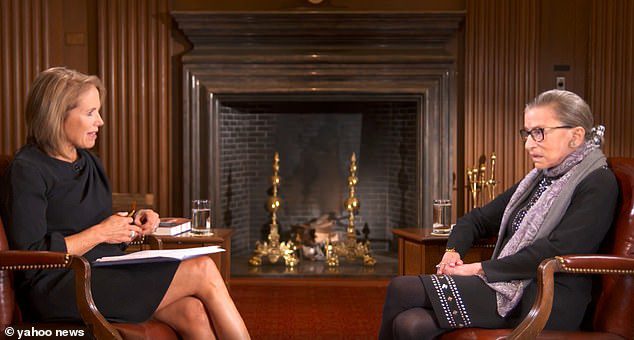 100 Percent Fed Up – Katie Couric is a wolf in sheep’s clothing. Dan Rather, Brian Williams, and Katie Couric will forever be known as some of the worst liars at CBS and NBC, two of the three major news networks where most Americans used to go to get their news.

Katie Couric, who still faces a $12 million defamation lawsuit stemming from a deceptive edit in a film she produced, decried the effect of fake news on America during an interview on Thursday.

WFB – Couric told the New York Daily News she believes fake news is “tearing [America] apart at the seams” while discussing her latest effort cohosting music and political event in New York City. “I remember I got sent a lot of stories from friends who were quite educated and were like, ‘Did you see this?’” Couric said. “And I would say, ‘Come on, you’re kidding, right? This is BS.’”

She did not mention the controversy surrounding a deceptive edit included in her 2016 film Under the Gun. During one scene in the movie, Couric is shown asking a group of gun rights activists from the Virginia Citizens Defense League a question about background checks. The group is then shown sitting in silence for nine seconds with nobody offering a response to the question. –

Now, the former darling of daytime television Katie Couric has admitted to faking yet another story.

The Daily Mail reports – Couric claims she was ‘protecting’ Ruth Bader Ginsburg from public backlash by cutting out negative comments she made about people who kneel during the national anthem.

The former Today show host reveals in her new book that she let her personal political views influence her editing decisions after her interview with the late Supreme Court justice in 2016.

In her new memoir, Going There, Couric writes that she edited out a part where Ginsburg said that those who kneel during the national anthem are showing ‘contempt for a government that has made it possible for their parents and grandparents to live a decent life.’

But Couric writes in her memoir that she thought the justice, who was 83 at the time, was ‘elderly and probably didn’t fully understand the question.’

The anecdote is the latest controversial revelation to emerge from Couric’s book, which is set to be released on October 26.

Couric, 64, writes that she always tried to keep her ‘personal politics’ out of her reporting throughout her career.

But she faced a ‘conundrum’ when Ginsburg made comments about Colin Kaepernick, the former NFL