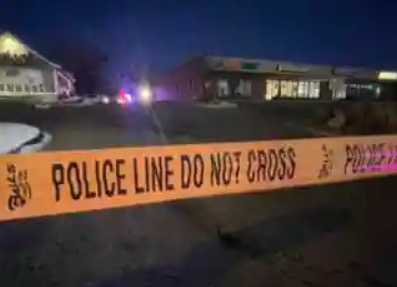 At least five people were killed and at least 18 others wounded in an attack just before midnight Saturday in a gay nightclub in Colorado Springs, Colorado. We’ll post his photo when it’s officially released. Right now, the wrong photo is all over Twitter and Facebook.

CNN reports that the attack was carried out with a firearm Club Q and 911 calls about the shooting began at 11:57 p.m.

Aldrich was subdued by patrons and injured.

At least five people were killed and at least 18 others wounded in an attack just before midnight Saturday on a gay nightclub in Colorado Springs, Colorado. Not all of the 18 wounded were shot. About five are in the hospital, possibly including the shooter.

Aldrich, a Colorado Springs resident, began shooting into the club.

The club called it a hate crime, but the police have not yet assigned a motive to the shooter. The shooter was in the club with two guns, one a long gun.

Colorado has a red flag law, a ban on the sale of “high capacity” magazines, and gun storage requirements, among other controls. Colorado has so-called universal background checks. Nonetheless, the killer still had a high-capacity magazine with him.

The club was holding an all-ages drag show at the time:

The 22-year-old shooter in the LGBTQ+ nightclub, Club Q had a criminal history and was charged with bomb threats, possession of weapons, and kidnapping only one year ago, at age 21. It seems like he should have been in prison. Instead, he was free to kill.

According to the June 18, 2021, press release from the El Paso County Sheriff’s Office, the reporting party “said her son was threatening to cause harm to her with a homemade bomb, multiple weapons and ammunition. The reporting party was not in the home at the time when she made the call and was not sure where her son was.”

He was booked into the El Paso County Jail on felony menacing and first-degree kidnapping charges.

Yet, he was still loose to kill people in Club Q. No formal charges were ever filed, and the case was sealed, so it’s not clear why, Gazette.com reported.