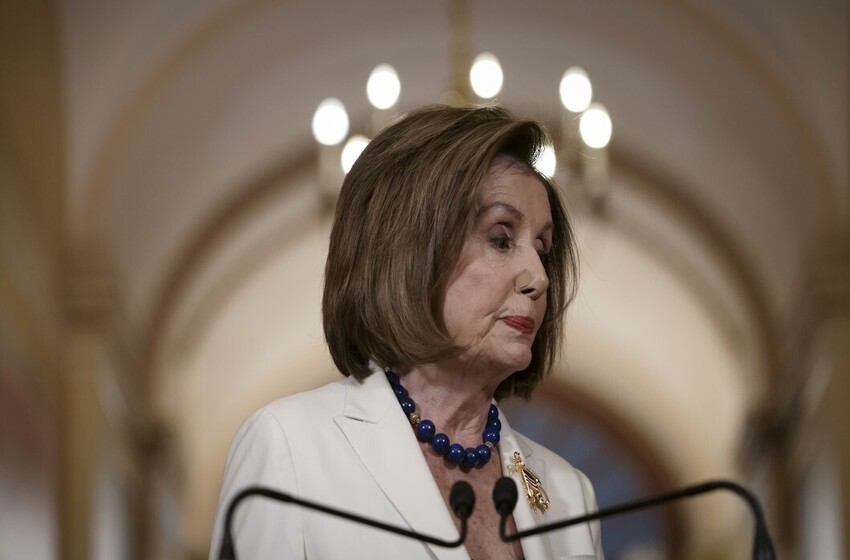 by Haley Victory Smith, Breaking News Reporter |  January 08, 2021
A laptop was stolen from House Speaker Nancy Pelosi’s office when the Capitol was under siege by protesters on Wednesday.
“A laptop from a conference room was stolen. It was a laptop that was only used for presentations.” Drew Hammill, Pelosi’s deputy chief of staff, said in a tweet on Friday.
He was responding to a Reuters report that said a congressional aide to Pelosi revealed a laptop had been taken from the California Democrat’s office.
During the Wednesday breach, some rioters made their way to the speaker’s office, taking photos at her desk and live-streaming from inside.
Another Democrat, Sen. Jeff Merkley of Oregon, said rioters stole a laptop from his ransacked office.

JOIN Conservativechoicecampaign we are the