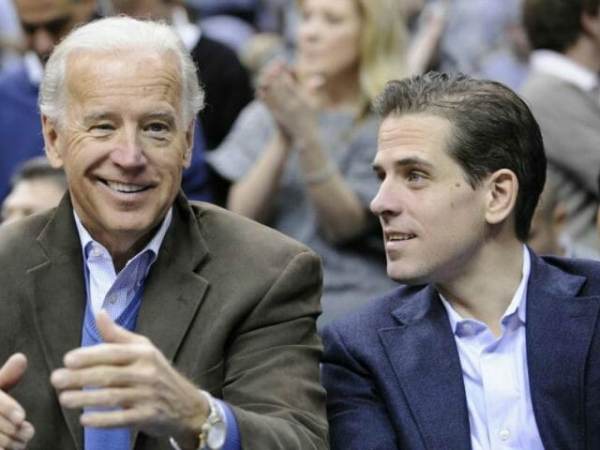 Joe Biden may not be the brightest light bulb in the tanning bed, he he knows how to work the Washington incest and looting system, which operates under the guise of lobbying but is really about selling access. Joe Biden sold out his country so that he could enrich himself and his family.

If you are a Biden supporter you will not like the facts presented below. But denial does not erase the emails, the text messages and the videos that confirm that Joe Biden used his son as a cut out to scoop up tens of millions of dollars. Denial does not eliminate the eyewitness testimony and documentary evidence from Hunter’s business associate, Tony Bobulinski, about a perverse deal with a Chinese businessman, Ye Jianming who sent $5 million dollars to the Bidens in August 2017. More about that later.

It is beyond dispute that Hunter Biden used his status as the son of the Vice President to leverage business deal that produced millions of dollars for him and, ultimately, his father, Joe Biden. Hunter lamented in a text to a family member:

I love all of you. But I don’t receive any respect and thats fine I guess -works for you apparently. I Hope you all can do what I did and pay for everything for this entire family Fro 30 years, It’s really hard. But don’t worry unlike Pop I won’t make you give me half your salary.”

How Joe Biden was receiving this money remains to be revealed. However, the evidence of massive unexplained sources of income is visible in the four houses that Joe Biden, a former Government employee, now owns. Joe Biden became an instant multi-millionaire upon leaving office. It was not because he is a great raconteur or brilliant writer. He is not.

During the period covering 2013 thru November 2017, Joe’s son Hunter used “Pop’s” government job to rake in cash from several foreign deals, which included China, the Ukraine, and Russia, Hunter teamed up with Jonathan Li after securing a board slot in Li’s enterprise, Bohai Harvest RST Equity Investment Fund Managment Co, which is managing assets worth $2.1 billion. Hunter was paid $1 million a year ($83,333 a month) from Burisma, a Ukrainian Gas company, where he was a board member. Hunter received an unexplained $3.5 million from Elena Butrina, wife of the former mayor of Moscow. And Hunter’s firm got $5 million from Ye Jianming, now disgraced (and missing) head of CEFC.

Joe Biden was more devious in getting his share of the Chinese money. According to the National Legal and Policy Center, the University of Pennsylvania paid unprecedented sums to