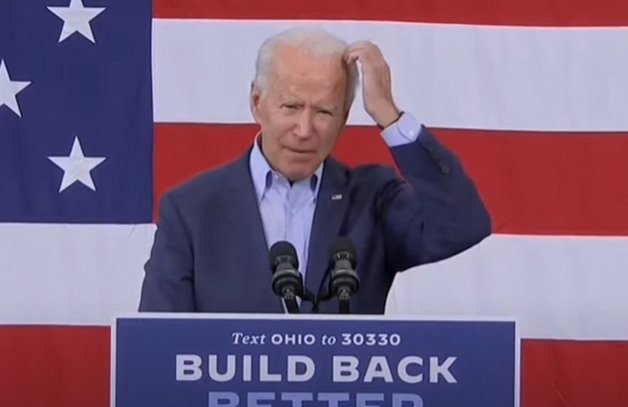 Joe Biden is a walking, talking punchline just waiting to happen. He forgets where he is, he forgets what he’s saying, he has trouble forming a coherent sentence.

Yet if you believe the liberal media, it’s just too difficult for comedians to find a way to mock Joe Biden.

No one believes this. Biden is being protected from mockery because he is so awful that if Saturday Night Live and other partisan comedy shows really went after him, they would destroy him.

Remember the excuses peddled by comedians during the Obama years? This bright, handsome president is so smart, and thoughtful, there’s just nothing to poke fun at. We’ve tried oh, so hard, but it’s impossible.

They clung to that nonsense, hard, for eight solid years. Jay Pharoah, tasked with portraying the president on the hard-left Saturday Night Live, later admitted the NBC show “gave up” even trying. Except when they used “comedy” to praise him…

The far-left Washington Post knows we see right through the charade. So it deploys a guest writer, author Richard Zoglin, to tell us we’re in big trouble if we don’t start lampooning President Joe Biden, and fast.

The paper has its tongue in its cheek, of course, chuckling to its fellow progressives. “Opinion: Comedians are struggling to parody Biden. Let’s hope this doesn’t last,” reads the headline in full fake outrage mode.

The first crisis of the Biden administration could be looming: America may have a president, the first in generations, who is impervious to impressionists.

The column describes how SNL hasn’t so much as put a faux President Biden in a sketch as of yet. Late night comedians are no better, the article correctly shares.

If Joe Biden was a Republican, Saturday Night Live would portray him as a feeble minded, bumbling idiot.

Everyone knows this is true.