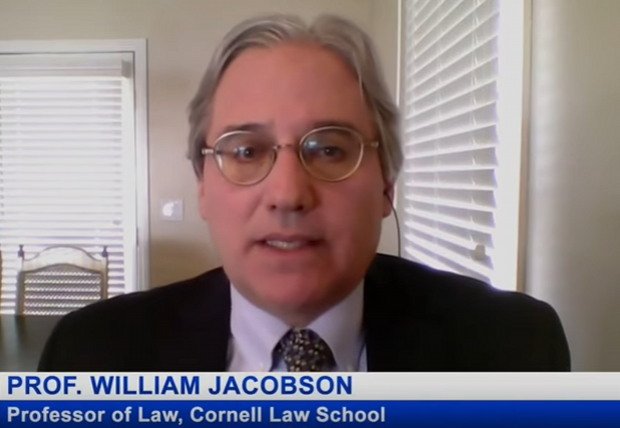 Colleges and universities across the country are implementing the teaching of Critical Race Theory, a far left concept which is reversing all the good work of the Civil Rights Movement by teaching students that nothing is more important than one’s race.

Cornell Law School Professor William Jacobson, who runs the Legal Insurrection blog, has created a new website which allows parents and students to look up schools to find out if they are teaching critical race training.

Jacobson appeared on the Tucker Carlson show this week to discuss it.

TUCKER: Well, many colleges and universities now teach something called critical race theory. Now, according to critical race theory, some races are inherently better than other races. This isn’t an assault on racism. It is racism and it’s spreading. Bewilderingly the deepest possible betrayal of the promise of this country of every Martin Luther King speech ever given. And yet it’s in your kid’s school. One law professor started a website called critical race.org. Once again, that’s critical race dot, or you can use that site to track the spread of these diseased ideas in schools and seeing if they’ve infected the schools that your children go to. Bill Jacobson is a professor at Cornell law school. He started this. He joins us tonight. Professor, thanks so much for coming on. You’re a brave man, even to criticize this highly fashionable, deeply poisonous idea, but you’re actually tracking it. Why are you doing this? What have you found?

WAJ: Sure. Hi Tucker. Well, the reason I started to follow it was at Cornell university where I teach in law school. They implemented a push over the summer to embed what they call anti-racism ideology into every aspect of the campus. And as you know, and you’ve explained on your show, anti racism does not actually mean what people think it means. It actually is very racist. It’s current discrimination in order to remedy past discrimination is the ideology. So I saw this developing, I started to research it. I was going to write an op-ed or an article about it. And then I realized it was almost everywhere. And so we began to gather the data we’re focused now on higher education, because that’s the source of all this. That’s where the ideology developed and that’s where people are trained. And we’ve created criticalrace.org, which is a database with an interactive map where people can find out what the colleges and universities to, which they may be sending their children or their children who may be going have going on.