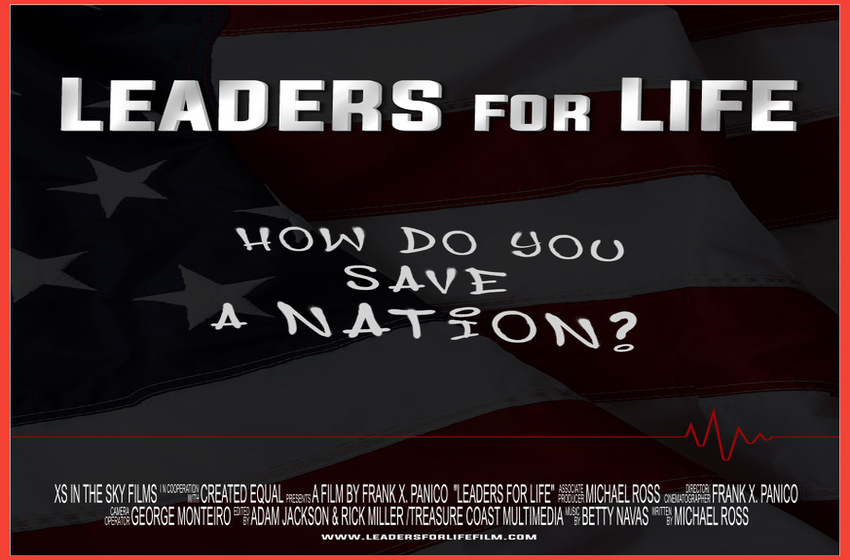 About two years ago I began the process of writing, directing, producing and filming my eighth documentary film titled, Leaders For Life”. Before I start a project, I ask myself if God would approve of the messages I would convey through a film. If I think the answer is yes, I continue on. Hence; it was a no brainer to believe that our creator would approve of a film that attempts to avert the abortion crisis and save children.

Knowing that having individuals with some name recognition would be a plus, I reached out to the Christian movie couple of all time, Sam and Kevin Sorbo. Although Kevin and I only spent a few hours together the day of the shoot, his wife Sam and I spent endless hours working on this film. Sam must had reviewed the film in progress over fifty times, each time critiquing and guiding me in the right direction. Every suggestion she gave made the film better and better. I was blessed to work with such a professional. God put Sam and Kevin in my path to create something truly earth-shattering, a film like no other.

As I worked my way through the project, there were key questions that I wanted answers to. How could someone who claims to be a Christian vote for any individual who supports abortion? Is the world-wide mass extermination of billions of lives in the womb driven by The evil one and his evil spirits?  Who or what is to blame for the horrific Culture of Death in America?

If you hate President Trump you may very well hate my film, since Leaders For Life takes an unabashed pro-Trump stance and points out the fact that he is the most pro-life president America has ever seen.

Everyone knows that Donald J. Trump is no saint, but he is the best friend to unborn boys and girls that has ever resided at 1600 Pennsylvania Ave.

Just as the ancients sacrificed their babies on the fiery altars of Molech and Baal, so now do modern-day Americans, most claiming to be Christian, terminating their babies at abortion centers around the country.

I wanted to expose the Satanic lie that abortion has anything to do with true feminism and equality; it is merely the latest and most horrific iteration of Child Sacrifice.

Abortion is a demonically-driven offering to Satan and if you look at the violent physical and verbal attack against advocates for life, one can easily surmise that there is an unseen influence from the evil one. In America today there is a spiritual warfare that is occurring in a manner never seen before.

However, just as God can transform individuals, He can transform a nation. But the Church must act. The time to act is now. The insidious practice of abortion kills more human beings than any other force on Planet Earth.

The citizens of our nation need to focus on one of the most vitally important biblical messages known to mankind. “Take no part of unfruitful works of  darkness, but  expose them”. This is precisely what I intend to do through my films.