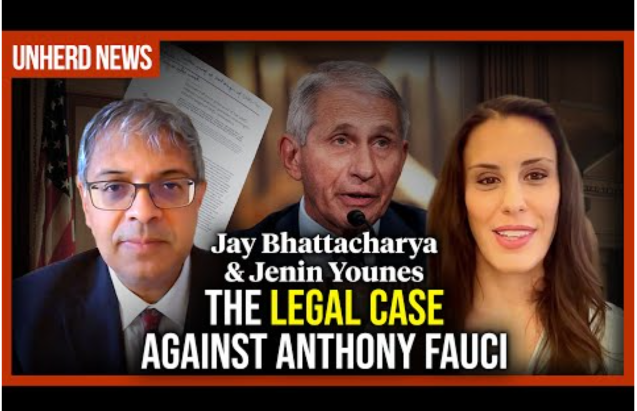 Did you ever hear of the Great Barrington Declaration?  Probably not.  The mainstream media made sure of it.  And with more scheming in states like California and their new proposed Internet misinformation law, you never will!

The problem with socialist Democrat liberals working their agenda is they, themselves, are guilty of misinformation and spreading outright propaganda.

The Great Barrington Declaration was written about 2 years ago (October 4, 2020) by three prominent scientific professors with years of experience to their credit. The Declaration was written from a perspective of global public health and humanitarianism.  It showed concern how current COVID-19 strategies are forcing our children, the working class and the poor to carry the heaviest nonsensical burdens.  These three reviewed the response to the pandemic of lockdowns, contact tracing and isolation, as imposing enormous unnecessary health costs on society. They concluded, in the long run, this response will lead to higher COVID and non-COVID mortality than the focused protection plan they propose in their Declaration.

The reason why they deserve a platform and a voice is, unlike Doc Fauci, these folks are actual expert disease epidemiologists, the kind Tony Fauci would like to just shut up!

“I happen to have spent a couple of decades doing research on infectious disease outbreaks and also in vaccine safety. I don’t see how I could be silent”, says Dr. Martin Kulldorff, professor of medicine at Harvard University Medical School, and infectious disease epidemiologist.

And unlike Fauci, these two guys and gal who co-authored the Great Barrington Declaration do not have any conflicts of interests with Big Pharma or politicians of either party! Almost a million doctors and scientists have since signed on to this declaration to say Anthony Fauci got the pandemic all wrong.

“Dr. Kulldorff works on research grants from the National Institutes of Health, the Centers for Disease Control and Prevention, the Food and Drug Administration and the non-profit Fund for Public Health in New York City, some of which is related to COVID-19. He has never accepted or received any funding from pharmaceutical companies, nor from any other large corporation.

Dr. Bhattacharya research funding over the past 22 years of his career has come almost entirely from grants from the National Institutes of Health, the National Science Foundation, the US Department of Agriculture, and participation on contracts with the Center for Medicare and Medicaid Services (CMS) and the Food and Drug Administration (FDA) via a government contracting research group, Acumen, LLC. He has never accepted or received any funding from pharmaceutical companies, nor from any other large corporation.

Dr. Gupta’s research funding over the last 30 years has principally been through fellowships and investigator awards from the Wellcome Trust and the European Research Council.  She has also received funding from the UKRI, the Royal Society, the Leverhulme Trust, the Emily and Georg von Opel Foundation and the Oxford Martin School. She and Dr. Craig Thompson have developed a novel method for producing a universal influenza vaccine (derived from a mathematical model) and this has now been licensed and is going through early testing. She does not hold any consultancy contracts or stock shares in any commercial company.”

One would think these 3 individuals would be recognized as world heroes for exposing a global charade or fraud.  Instead, the globalists conspired to malign them and take them down!

They’ve were vilified over their positions and opinions on the COVID-19 virus and pandemic.  They had to worry about their safety amid a campaign to censor them for their opinions.

One example was when Dr. Jay Bhattacharya, a tenured professor of medicine and an economist at Stanford University, found posters nailed around his campus with his photo in a tweet by Florida Gov. Ron DeSantis as an effort to intimidate. Despite the ongoing cancel culture about their positions on public health policy, Dr. Bhattacharya says as an epidemiologist he has no choice but to weigh in on public health measures taken in response to a global pandemic.

He is not wrong.  Dr. Tony Fauci has said all along we are to all “follow the science”.  Three problems with Fauci that expose him as a fraud and a liar though are right in this pandemic scenario and his role in it:

* The NIH and Dr. Fauci had an interest in the virus and resultant vaccines other than protecting public health. (The virus was man-made as a gain of function virus in China with American tax dollars, the mRNA gene modification drugs posing as vaccines were man-made with the virus, patents were let on both the problem and its cures, and the leak of the virus into society was hidden.) This research was first conducted at the University of North Carolina Chapel Hill and then moved to Wuhan, China.

* Following the science means peer review by many other doctors and scientists and Dr. Fauci would not allow this to occur.

* Dr. Fauci is not an epidemiologist!

The Great Barrington Declaration is what happens when you prohibit public debate in peer review and work an agenda to ram-rod experimental mRNA gene modification drugs to market under the fraudulent guise of a vaccine.

Ironically, much of what these three leaders were originally chastised for is now known to be COVID-19 common knowledge.  Some of their important scientific findings were:

The lockdowns and government overreach were needlessly having devastating effects on society without contributing greatly to public health.

Those most apt to die of COVID-19 are the elderly and vulnerable due to pre-existing conditions that made them immune compromised.

They advocated that for your children the COVID-19 virus was less dangerous than other harms that could come to them including some forms of influenza.

They called on a procedure of “focused protection”.

They called on most of society being allowed to resume life as normal resuming our lives.

For many, faith in the public health system has been destroyed.

Group think is dangerous particularly when science is funded by Big Pharma.

Many people died during the pandemic due to not seeking preventive medical help for such things as cancer, drug use, and depression leading to suicides and accidental overdoses.

The pandemic caused more people to die of starvation in third-world countries due to increases in poverty.

The lives mental and emotional lives of children were deeply impacted due to lockdowns, masking and remote learning.

All people are not equally at risk of contracting COVID-19 (immune systems are different).

It is rare a child will carry COVID-19 to an adult.

It is more common for an adult to carry COVID-19 to a child but the child is more immune.

Schools were the safer places to be than the community at large when it came to contracting COVID-19.

(This finding really destroys the teacher’s unions false narrative of advocating school closures during the pandemic.)

The HVAC systems of public buildings should have been changed to better filter the air and/or kill the virus with UV radiation.

Conversations that should have been had by relevant scientists never took place due to Dr. Fauci and others censoring and marginalizing those who had opinions contrary to the agenda narrative.

In April of 2020 scientists knew there would be no stopping a respiratory virus like COVID-19 and the population would have to become immune through herd immunity over time.

Good data and information is not readily being shared and FOIA requests have had to be filed for information that should be openly shared in a real world where we follow the science. 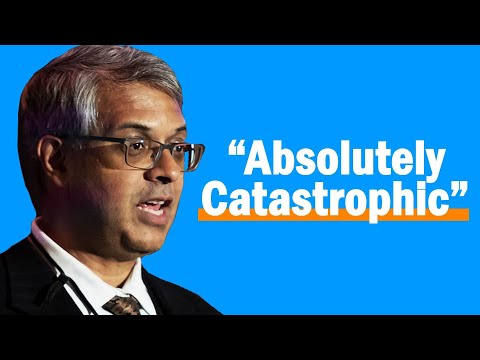 Dr. Bhattacharya feels the two big findings of the Great Barrington Declaration were:

* Age is the single greatest factor in the mortality of this disease.  The older you are, the more vulnerable you are to contracting the disease and dying from it.  Protection of the vulnerable should have been a priority early on.

* The lockdowns were and are ineffective. They led to depression, suicide, loss of jobs and income and loss of educational experiences in our schools and higher education institutions.

Protecting the older population and lifting the lockdowns are the main thrusts of what these scientists advocated.

The vaccines are not stopping the COVID-19 virus and for that reason these doctors are against mandating the 4 different vaccines as well as vaccine passports.

They are advocates for informed consent with administration of the vaccines.

Vaccinated people in groups can actually make them more at risk to reinfection of COVID-19.

“You could be in a room of unvaccinated people and actually be safer from getting the disease, if they had all been COVID-recovered, than being in a room with vaccinated people. So this irrational segregation of society it’s caused this… you know, it’s caused the ruin of the lives of a lot of people who just, for whatever reason, maybe it’s is just because they are COVID-recovered or they just don’t trust public health that didn’t want the vaccine.”

He concludes, “It’s created this two tier society of ‘clean’ verses ‘unclean’.  I think public health should never do.”

So now, Dr. Bhattacharya is taking his case to court to prove collusion between the Biden administration and Big Tech to silence and censor skeptics like the signatories of the Great Barrington Declaration. In a recent interview with UnHerd’s Freddie Sayers, he lays out his evidence that social media companies were instructed by the Biden administration to quell scientific views which opposed government lockdown measures. According to their legal case, this conspiracy of censorship about the COVID-19 pandemic and related vaccines posing as cures extends to the highest levels of power in Washington, and primarily at fault is the Chief Medical Advisor to the President, Anthony Fauci.

You can view this most interesting interview on UnHerd here:

Many people around this country and the world believe this might be the defining moment when the globalist elite’s house of cards begins to fall. We can only hope.

Misinformation Night Out BoycottAugust 31, 2022In “Columns”