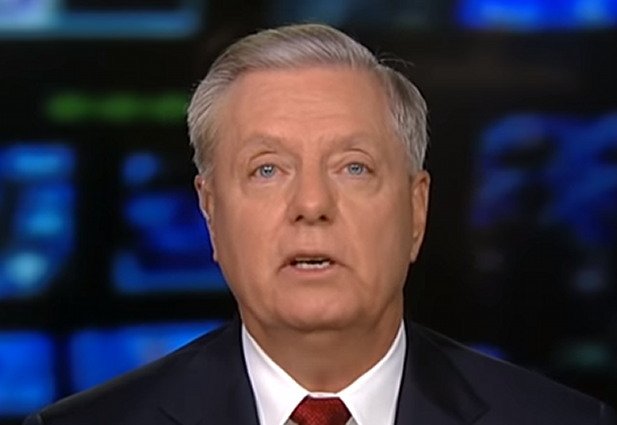 Democrats and their media allies have been losing their minds over Trump having the chance to replace Ruth Bader Ginsburg on the Supreme Court and it’s about to get worse.

Senator Lindsey Graham is now saying that Republicans have enough votes to confirm the replacement.

He also claims that they’re going to get it done before the election.

Lindsey Graham to Dems: We Have the Votes…And We’re Filling Ruth Bader Ginsburg’s Seat Before the Election

Sen. Lindsey Graham (R-SC) pretty much told Democrats to shove it regarding their whining and tantrums over the Ruth Bader Ginsburg vacancy fight. The associate justice passed away last Friday at the age of 87. We have a seat to fill during what could be one of the most contentious elections in recent memory, maybe even more so than 2016. And then this atom bomb is dropped.

Despite what Democrats say, we’re filling the seat. I mean, we’re going to do that. We have a chance to have an ironclad conservative majority on the Court. You don’t pass that up because RBG wanted the next president to select her successor. That has no bearing on this process, and it can be ignored…

And Graham just delivered the kill shot to the Democrats’ hopes that this process could be stalled last night on Sean Hannity’s show. We have the votes. Yes, Sens. Susan Collins and Lisa Murkowski are “no” votes, but Sen. Cory Gardner (R-CO) is onboard and Mitt Romney is still AWOL. Even if we lose him, we’re still good. Sen. Lamar Alexander (R-TN) is also onboard.

See the tweets below:

“We’re going to have a process that you’ll be proud of.” pic.twitter.com/B8UoHDjGuh

Democrats have been gearing up for a long, protracted battle but they might not even get that.

If Republicans already have the votes lined up, this should be a swift and neat process.