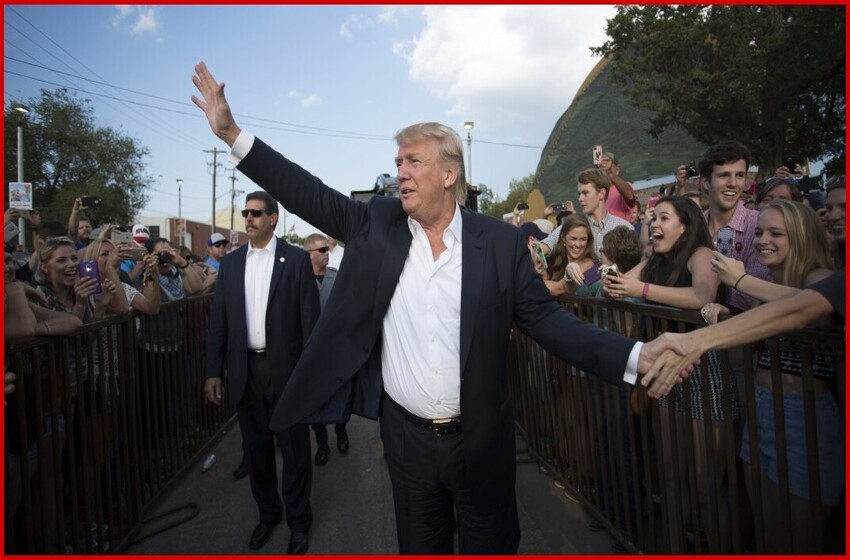 President Trump has so effectively interjected himself into the Democratic primary that even Saturday Night Live could not lampoon the party’s White House contenders without imagining the commander in chief crashing one of their debates, as happened recently when the television program satirized the campaign.

The leading Democratic candidates for months have fought among themselves for the right to challenge Trump in November. But whether via social media, campaign rallies, or barging in on Democratic campaign events, the president, along with allies and supporters, has found myriad ways to borrow, if not outright steal, the political spotlight.

Here is a sampling:

“The Iowa caucus hotline number is posted publicly (and prominently) on the state Democratic party website. It’s also easy to find with a quick Google search. But after that phone number spread more widely online — including on the messaging board 4chan, according to NBC News — calls from internet trolls and supporters of President Trump reportedly started overwhelming workers answering the hotline.” — McClatchy, Feb. 6, 2020 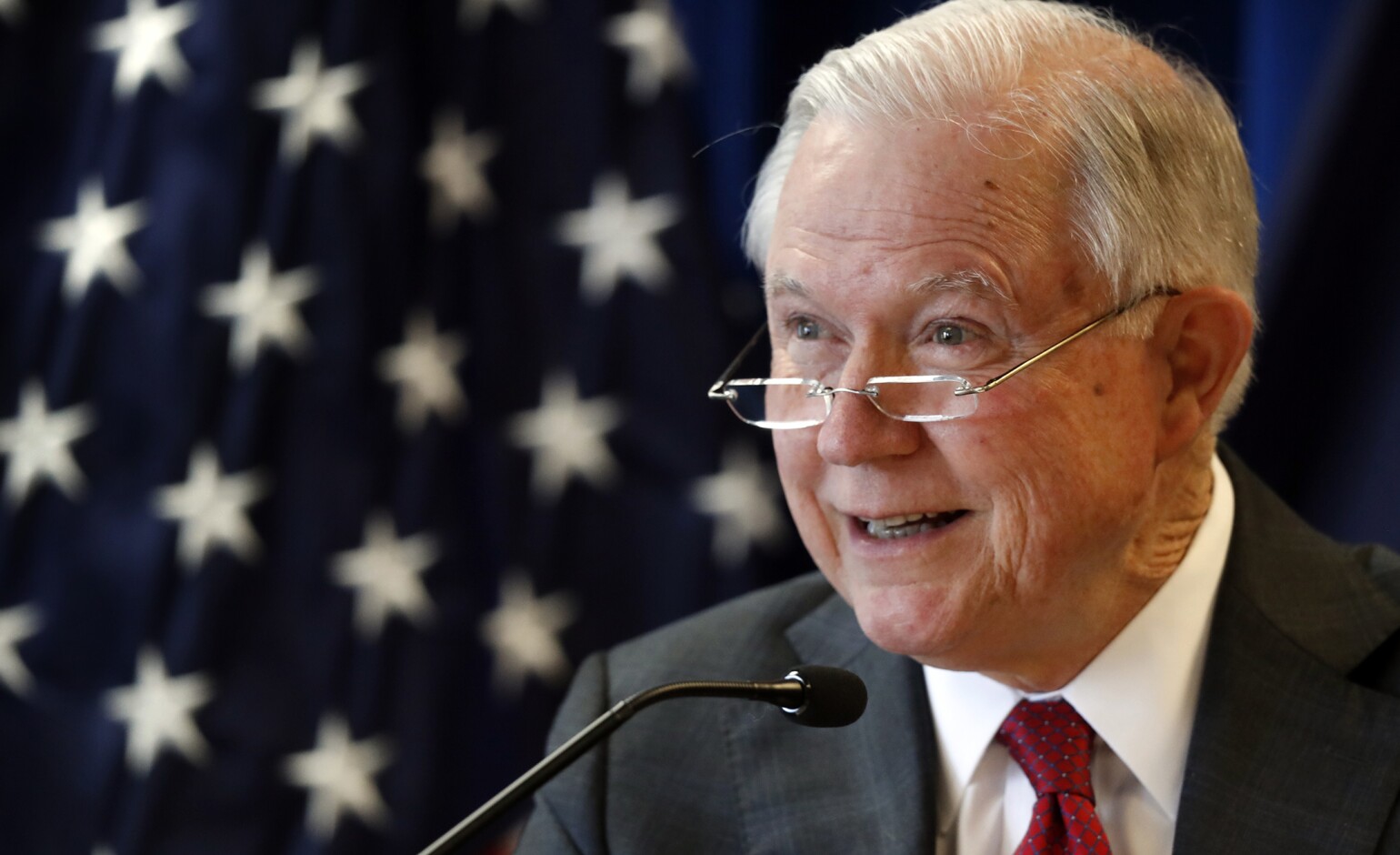 “A Trump supporter briefly stole the show Saturday at an Iowa campaign event for Democratic presidential candidate Sen. Bernard Sanders, praising the president for doing a ‘good job’ and warning attendees about the dangers of socialism.” — the Washington Times, Dec. 16, 2019

“The only people in favor of Mini Mike continuing with his hapless campaign are me and his political consultants, who are getting richer and richer by the day!” — Trump tweet, March 2, 2020

WOW! Sleepy Joe doesn’t know where he is, or what he’s doing. Honestly, I don’t think he even knows what office he’s running for! pic.twitter.com/454v9GFpgF

“Pete Buttigieg is OUT. All of his SuperTuesday votes will go to Sleepy Joe Biden. Great timing. This is the REAL beginning of the Dems taking Bernie out of play — NO NOMINATION, AGAIN!” — Trump tweet, March 1, 2020

“Mini Mike Bloomberg didn’t bring NYC back, as he said in his fake ad. It was @RudyGiuliani who brought NYC back and who also, with his endorsement, got Mini Mike elected (with barely a thank you). A boring mayor who the people couldn’t stand!” — Trump tweet, March 1, 2020

“To the people of South Carolina, Tom Steyer is a joke, laughed at by everyone, a total incompetent. He made money in coal, now he ‘hates’ coal. Did you see him fawning over Crazy Bernie? Has no chance, a loser for South Carolina, doesn’t deserve your vote!” — Trump tweet, Feb. 28, 2020

“Crazy, chaotic Democrat Debate last night. Fake News said Biden did well, even though he said half of our population was shot to death. Would be OVER for most. Mini Mike was weak and unsteady, but helped greatly by his many commercials (which are not supposed to be allowed … during a debate). Pocahontas was mean, & undisciplined, mostly aiming at Crazy Bernie and Mini Mike. They don’t know how to handle her, but I know she is a ‘chocker.’ Steyer was a disaster who, along with Mini, are setting records in $’s per vote. Just give me an opponent!” — Trump tweet, Feb. 26, 2020

“Congrats Mayor Pete on your upcoming CNN contributor gig which we all know you’re getting because all they hire are disgraced former Obama officials and failed democrat presidential candidates.” — Donald Trump Jr. tweet, March 1, 2020

Trump appeared in several states just before the Democratic primary or caucus was held there, stealing away attention and news coverage.

“No matter which Democrat candidate you’re talking about, and you understand that, any one of these candidates … And you see what’s happening, right? It’s being rigged against … It’s sad. It’s being rigged against Crazy Bernie. Crazy Bernie is going to go crazy. Crazy. I think Crazy Bernie is going to be more crazy when they see what they’re doing. I called it a long time ago. Mayor Pete Buttigieg, Buttigieg, Mayor Pete, he quit. Out last night. Then, I hear a senator from a state we’re going to win, we’re going to win that state, but she dropped out. Sounds like they made a deal. They both supported Sleepy Joe. You know why? They made a deal.” — Trump, during a campaign rally in Charlotte, North Carolina, on March 2, 2020

“Now, Sleepy Joe. Well, he’s running tomorrow. No, but could you imagine if I said just a small fraction of the mistakes he makes, which are unbelievable? Every speech. I actually said the other night, I was watching him when he said about half the population wiped out with guns. I said, ‘That’s a horrible thing. That’s the end of his evening. That’s the end of his political career.’” — Trump, during a campaign rally in Charleston, South Carolina, Feb. 28, 2020

“I spent 70 [million dollars,] Mini Mike so far has spent almost $500 million in order to get embarrassed by Pocahontas. Pocahontas. And she’s mean, isn’t she? Did you see that? Do you see the anger on her face? That nervous energy. She’s jumping up and down. She’s a mess. But no, no, she’s mean. Right? Right?” — Trump, during a campaign rally in Las Vegas, Feb. 21, 2020

“How about Buttigieg? Buttigieg. They call him Mayor Pete. You know why? Because nobody can pronounce his name. Nobody has any idea. Buttigieg. They say, ‘Say edge edge.’ He presides over a city that’s failed. It’s doing so badly, in a state that’s having the greatest year they’ve ever had, and they have a great governor also, and they had a great governor. You just heard from him, right? The great state of Indiana.” — Trump, during a campaign rally in Des Moines, Iowa, Jan. 30, 2020

WATCH: I added the the Curb Your Enthusiasm theme to Joe Biden forgetting Chris Wallace’s name… And I can’t tell if it’s hilarious or super depressing…