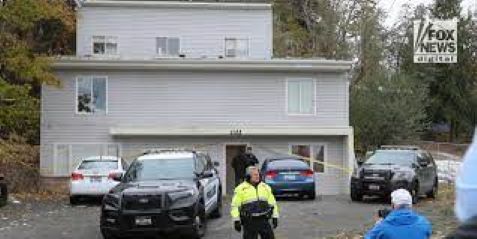 Police and federal officials in Moscow, Idaho are scheduled to give a press conference at 4:00pm ET today after the arrest of 28-year-old suspect Bryan Christopher Kohberger. Livestream Links Below.

According to The Daily Mail, “Police found the DNA of a criminal justice graduate at the scene of the murders of four University of Idaho students – and tracked him using his white Hyundai Elantra. Arrest records obtained by DailyMail.com show that Bryan Christopher Kohberger, 28, was arrested after a SWAT team swooped in Chestnut Hill Township, Pennsylvania, at around 3am this morning. A white Hyundai Elantra – the same make and model of car being sought by cops in connection to the killing – is said to have been towed from outside Kohberger’s home.” {LINK}

END_OF_DOCUMENT_TOKEN_TO_BE_REPLACED

have been towed from outside Kohberger’s home.” {LINK}