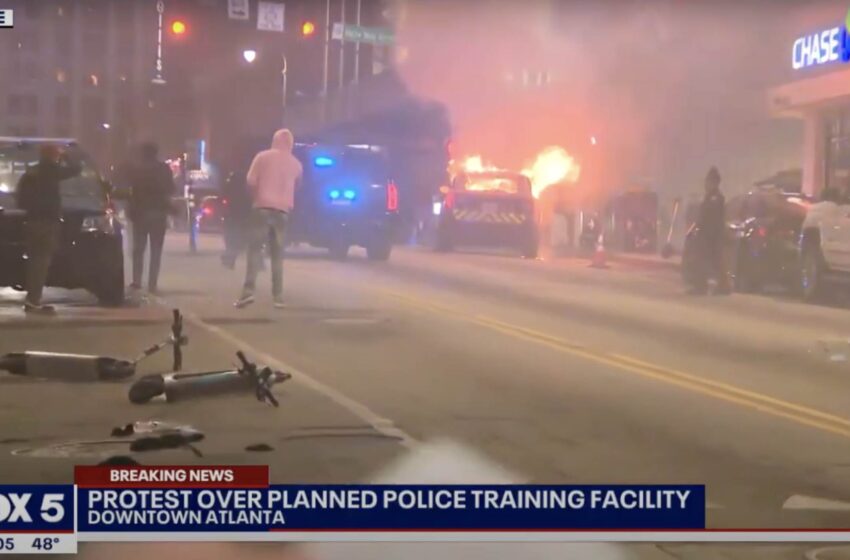 The Gateway Pundit reported on Saturday evening that revenge riots erupted in Atlanta over the killing of a far-left gunman in Antifa’s ‘autonomous zone.’

Manuel Esteban Paez Teran also known as “Tortuguita,” 26, was shot and killed by police, and now his friends and comrades are wreaking havoc on local businesses in retaliation.

A local Atlanta reporter called the riot a “largely peaceful protest” as the police cruiser was engulfed in flames in the background.

Tyler Fingert of FOX 5 said the riot was largely peaceful during live coverage.

“So it was a largely peaceful protest where they just wanted what they’re calling justice for to two for Tortuguita. And right now, you’ll see; basically, they want justice for him after the shooting that happened, when the Atlanta police and the different law enforcement agencies were raiding the forest…”

Local Atlanta reporter calls the protest in Atlanta “largely peaceful protest” as a police cruiser is on fire in the background.

You can’t make this stuff up. pic.twitter.com/tYJpJulxdH