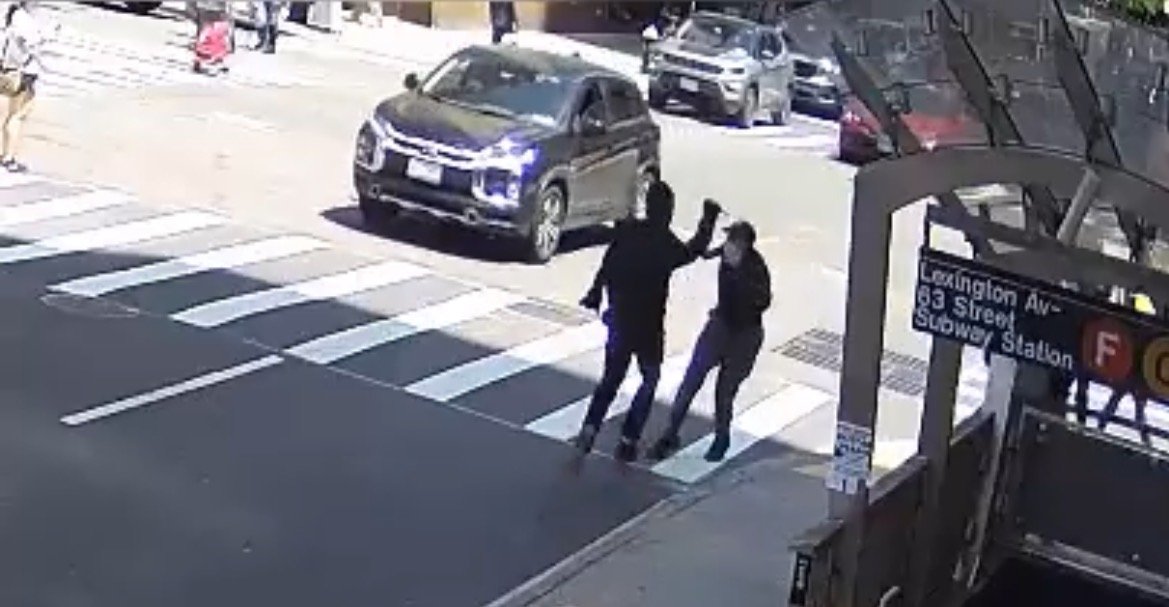 Meanwhile in the Democrat hell hole of New York City…

A man was stabbed multiple times in broad daylight on the corner of 3rd Avenue and East 63rd Street on Thursday.

The attacker stabbed a 29-year-old male several times as pedestrians crossed the street and cars drove by.

Major crimes in New York City spiked in 2022 because of Democrat policies.

“The New York Police Department tracked increases across every major crime category. The city recorded a 41% increase in overall major crime through the first months of 2022 compared to the same period last year, including a nearly 54% increase in robberies, a 56% increase in grand larceny incidents and a 22% increase in rape reports, the data shows.” CNN reported.