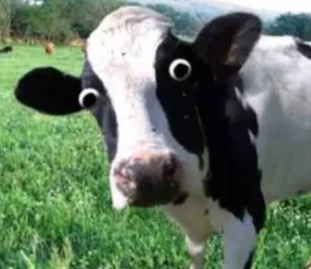 As Dr. Robert Malone wrote on his substack yesterday, mass animal vaccination using mRNA has been here since 2015.

Bill Gates wants to ‘vaccinate’ animals to give them better genetics 😳 pic.twitter.com/2lBKXzpm8P

Dr. Robert Malone wrote in an article yesterday on his Substack that animal mRNA vaccines are already here and have been since 2015. We know nothing about them. Drug companies aren’t required to publish their trial data like human vaccines. The little information we do know often comes in the form of press releases, conference notes, “occasional” peer-reviewed papers, or another obscure way.

Transparency would be nice since they can’t be trusted.

BioNTech (co-makers of the Pfizer vaccine) and Bayer have been working on animal mRNA vaccines since 2016. Bayer secured exclusive rights to BioNTech’s mRNA technology for animals. They even produced the human COVID-19 vaccine in their facilities in Germany. This manufacturing facility was presumably intended to produce mRNA vaccines for animals.

There is also ongoing mRNA research in cows to vaccinate them from the RSV virus, Malone states. The New South Wales Government in Australia even fast-tracked development for the “world first mRNA vaccines for Foot and Mouth Disease (FMD) and Lumpy Skin Disease.”

[If they mass vaccinate animals and we eat them, do we get overdosed on vaccines? Do we get more spike proteins? Anyone care? Just wondering.]

WHAT COULD GO WRONG?

There’s even another conditional mRNA vaccine for the Black-footed ferret, one of the most endangered mammals in North America. They say it seems to be “working.” We can’t say the same for the three giraffes that died suddenly shortly after the zoo announced they would start vaccinating them. It didn’t seem to work for Martha either, the gorilla who also died suddenly a few days after being ‘vaccinated.’

Or this 6-year-old gorilla, Kimani, in Calgary.

Researchers said, “it has never seen liver cancer in such a young gorilla.” We’re ready to mass vaccinate animals? What do you think?

6 year old gorilla Kimani from Calgary zoo suffering from serious form of quickly spreading pediatric liver cancer, not seen before in such a young gorilla. She was covid 💉 3 months ago. https://t.co/ZK2ar6aaB1

DR. MALONE WONDERS IF THEY ARE CIRCUMVENTING FULL LICENSURE

Sometime before 2015, the USDA issued a conditional license for a mRNA vaccine for use in pigs for Porcine Epidemic Diarrhea Virus (PEDv), information about this product can be found at drugs.com.

Based on that, Dr. Malone asks:

Basically, something akin to an emergency use authorization was issued around 2014 or 2015. Just like with the mRNA COVID-19 vaccine, full licensure was not granted, but the conditional license remains in place. Is this a strategy to circumvent the USDA vaccine licensing and/or authorization process?

‘The More You Vaccinate, the Greater the Number of Vaccine-Resistant Mutations’January 1, 2022In “Home of News, Politics & Opinion”