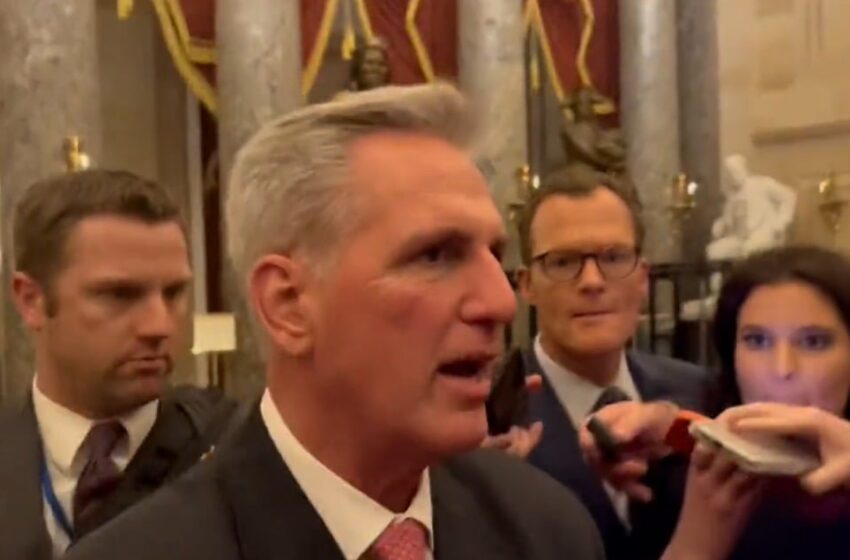 GOP Rep. Kevin McCarthy (CA) spoke to reporters after losing 11 rounds in a row for his bid for House Speaker.

McCarthy has taken a political beating this week.

20 Republican lawmakers are refusing to vote for McCarthy.

Rep. McCarthy has been huddling with the GOP detractors and has apparently caved to all of their demands.

NEW: Sources tell us a deal between MCCARTHY and his opponents is close.

CHIP ROY and PATRICK MCHENRY have been negotiating it

All the big players are now in TOM EMMER’s 1st floor office.

RALPH NORMAN says he expects an offer in writing tonight

Kevin McCarthy told reporters he’s “not putting any timeline” on getting to 218 votes as some lawmakers call for him to resign his bid.

News — McCarthy defends concessions he’s made, says he won’t be a “weaker speaker” because of the motion-to-vacate deal, downplays the time it’s taken so far and says he has no timeline to get to 218 pic.twitter.com/dma2dGmmsh

It looks like Friday may be another chaotic day in the House chamber.