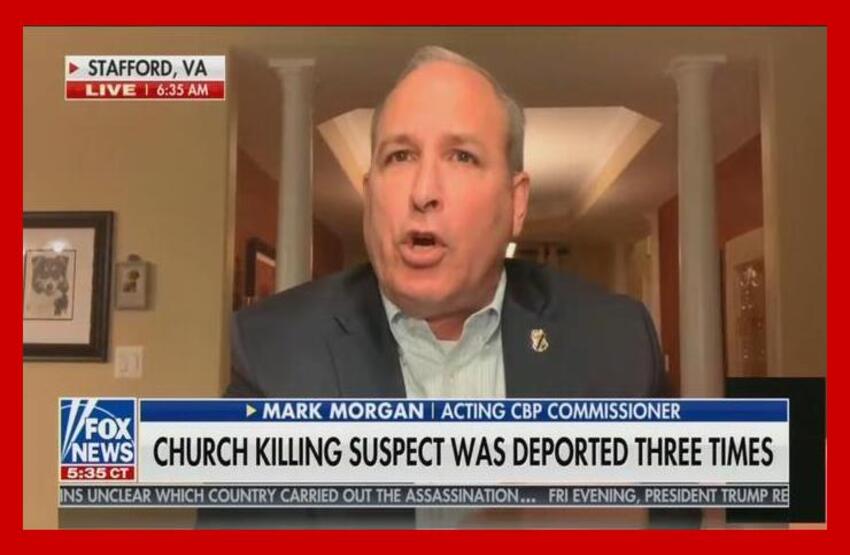 Brad Wilmouth / November 29th, 2020
In the aftermath of reports that an illegal alien stabbed several people, killing two, at a church in San Jose, California, the liberal media have ignored the role that sanctuary policies played in allowing the alleged perpetrator, Fernando Lopez Garcia, to stay in the country in spite of an ICE detainer and other recent arrests which should have triggered his deportation. Fox & Friends has covered the case several times, most recently Saturday morning when co-host Jedediah Bila asked Mark Morgan — acting commissioner of Customs and Border Protection — for his reaction. Bila recalled the fact that Garcia not only had been deported several times before, but even had recent arrests:

If Joe gets in this will happen alot !

JEDEDIAH BILA: I want to ask you about a specific case that came up out of California. A homeless man has been accused of stabbing fatally two people inside a church in California over the weekend. This particular individual was deported three times, never turned over to federal immigration officials before the attack despite multiple arrests, multiple convictions. You look at this rap sheet — I mean, assault with a deadly weapon, domestic violence, resisting arrest, numerous instances here. So what’s going on here, A? And could you see this getting any worse under a Biden administration? What’s your prediction?

Morgan began by thanking her for the show giving the issue attention, and then complained about the problem of sanctuary cities shielding criminal aliens:

MARK MORGAN, ACTING CBP COMMISSONER: Jedediah, first of all, thank you very much for bringing light — more light to this issue. We’ve talked about this countless times. How many more lives are going to be taken that could be prevented if it wasn’t for nonsensical sanctuary city policies? We have the processes in place. If you are a criminal illegal alien, the processes are in place to remove you — to prevent them from you taking another victim. But sanctuary cities block that.

And it’s been very clear that the critics of this President support sanctuary cities. It’s outrageous. Where are the protests? Where is the outrage? I have spoken to angel families. I’ve spoken to family members who have lost their loved ones at the hands of a criminal alien that we should have deported and was preventable. We should be uniting to stop that.

It happens that, because of sanctuary policies, local authorities did not cooperate with an ICE detainer in spite of Garcia’s recent arrests for violent crimes.

On Monday, NBC’s Today show covered the stabbings, but, unlike Fox & Friends, did not update the story after the involvement of an illegal alien was revealed. A Nexis search finds that the morning and evening news casts on ABC, CBS, and NBC have otherwise ignored the story.

The November 28 Fox & Friends Saturday was sponsored in part by Liberty Mutual. Let them know that you appreciate them helping to inform Fox News viewers on such important issues.