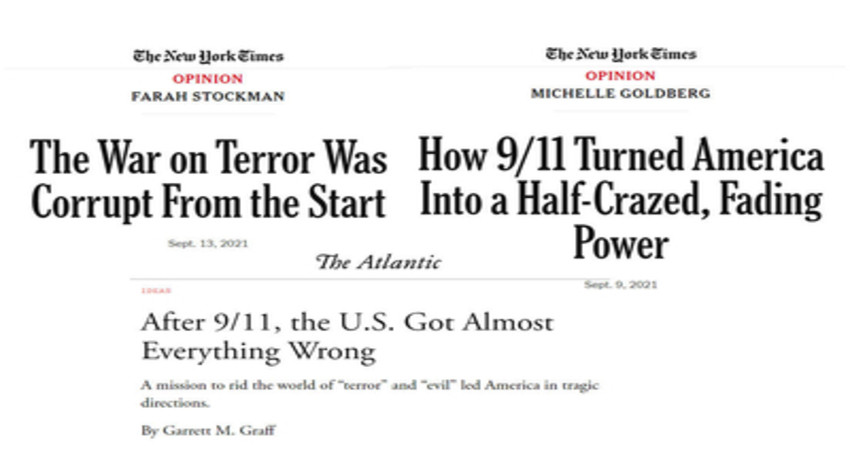 OBIDEN IS A THIEF AND A LIAR

Whispered first, then shouted from the dust and wreckage of that September morning in 2001 came the words that have become a mantra: Never forget.

And in the two decades since the attacks of 9/11, there is much we never did forget: the deaths, the despair, the fire, the fear, the photographs of the missing. But this 20-year anniversary has revealed that there is, too, much we tragically, dangerously, lost track of along the way: our commitment to democracy; our dedication to the American ideal; our defense of the Enlightenment values of the West; and our devotion to their survival. And most of all, to remember the ideology of the Islamist terrorist perpetrators of the single largest terrorist attack on American soil.

In their place, across editorial pages and in opinion-laden monologues recited over cable news, we’ve been subjected to accusations, self-flagellations, apologetics, and regrets. In a New York Times op-ed included in a section devoted to the anniversary, for instance, Farah Stockman declared that the war in Afghanistan had been corrupt from the start, the entire enterprise only about money and defense contractors’ profits.

Yet in the same breath, Stockman also insisted that America had invested too much money in Afghanistan, and was therefore to blame for the country’s corruption. In her eyes, in other words, not those killed in 9/11, but the Afghan people wronged by America were the real victims, and America, not al-Qaida, the evildoer.

Then there was Michelle Goldberg’s contribution to the same Times 9/11 anniversary section, in which she explained “How 9/11 Turned America Into a Half-Crazed Fading Power.”

“We inflated the stature of our enemies to match our need for retribution,” Goldberg wrote. “We launched hubristic wars to remake the world… we midwifed worse terrorists than those we set out to fight.”

But it wasn’t just the Times. An Atlantic article, for instance, told us that “After 9/11, the U.S. Got Almost Everything Wrong.” And it also wasn’t just in America: In the UK, for instance, a Guardian piece reviled “the most epically damaging man-made calamity of recent times.” And in the Netherlands, national daily the Volkskrant stated, “The war on terrorism … has entirely missed; [it] has only spawned more innocent victims and an irreparable chasm between conservative Islam and the Western world.” What’s more, the Volkskrant added, “Since 9/11, innocent Muslims around the world have been the victims of Islamophobia.”

All of which translates into simply this: that even after over 50 Islamist terror attacks in Europe and America since 9/11; and even in the face of the Taliban’s return to power in Afghanistan, a resurgent al-Qaida, and dozens of ISIS fighters about to be released from European prisons, we live with a global media that frequently appears more comfortable condemning counterterror policy and strategy than with criticizing the terrorists themselves.

In other words, they have bought fully into the notion, oft-promoted by Islamist groups, that any criticism of radical Islamist ideology – including even satirical cartoons – is to be reviled as “Islamophobia.” It’s a notion that translates into a near-hatred of the United States; and if criticism of Islamism is “Islamophobia,” then what we are seeing can only be described putting forth a form of “Ameriphobia” in its place.

This is not to say that Western Muslims have not faced discrimination and hatred, even terror attacks by white supremacists, in the intervening years. They have, and those things must also be recognized, the hate behind them addressed. But unmentioned in any of this criticism of America and her allies in our fight against radical Islam are the other attacks: the Boston Marathon bombings, the Pulse nightclub shooting, the Charlie Hebdo and Bataclan atrocities in Paris, or the others in London and Manchester and Nice, in Brussels and Barcelona and Berlin, let alone in Istanbul and Kabul, Tunisia, Beirut, Ankara, Baghdad. And scores more, including those that were either foiled or that failed. Further, as Arendo Joustra wrote in Dutch magazine Elsevier, “Osama bin Laden was killed and additional large attacks on America were prevented. Moreover, we can’t know how the world would look if a war on terrorism had never been declared.”

Or do these things not matter? Have we instead returned to where some in the early aftermath of 9/11, began asking what it was we did so wrong, and what we could do to be redeemed? Like the battered woman who agrees that she “deserved” the beating, we now castigate ourselves for the actions we’ve taken in self-protection.

What’s worse about all this is that we are standing in a moment when America is especially vulnerable, not only to violence from abroad but from within. Of all the critical examinations of post-9/11 America emerging from these anniversary discussions, the one point that is undeniably true is that the exploitation of the attacks fractured our union, our unity, successfully stressing the very foundations of our democracy: not as a result of the attacks themselves, but – as I wrote over a decade ago in Radical State – as a consequence of our sociocultural response. The same far Left factions that, prior to 9/11, refused to acknowledge things like honor killings, forced marriages, and high rates of domestic abuse in the homes of Muslim immigrants to the West, for instance, now lambast secular Muslim activists like Asra Nomani and Zuhdi Jasser, and censor feminist former Muslims like Ayaan Hirsi Ali.

How far does this go? In Laila Lalami’s anti-American rant, also part of the Times series, she bemoans what she calls the “failures” of the 9/11 memorial museum: “There is a monument to responders and residents who died from exposure to toxins years after the attacks, but none for the people who died in hate crimes against Muslims …There are no ceremonies to honor the foreigners who died in U.S. wars … no exhibits on the lessons that ought to be drawn from such spectacular failures.”

It’s a bizarre expectation. After all, nowhere in this essay does the author mention memorials to the 9/11 dead that were never built in Saudi Arabia, or Iranian monuments to the Iraqis killed in the Iran-Iraq war, or tributes to women who are honor killed every week across the Middle East.

In this milieu, the media – in this case, largely the New York Times – celebrates what it calls “Muslim leaders” like Linda Sarsour, a supporter of Nation of Islam leader and fierce anti-Semite Louis Farrakhan, who has issued her own fair share of anti-Semitic and anti-American remarks.

In June 2017, she complained, “Why do I have to explain to everybody where ISIS came from? … The root of the problem doesn’t come from within the Muslim community. It comes from a politicized foreign policy of war on our people.” Elsewhere, she has also praised Assata Shakur, aka Joanne Chesimard, whom writer Bari Weiss once described – also in the pages of the New York Times – as “a convicted killer who is on the FBI’s list of most-wanted terrorists.”

Other “Muslim leaders” praised by the Times include Shahana Hanif, currently running for New York City Council, who told the paper that she and her peers “needed to grow up in a way to become the warriors of our communities.”

In the same feature, Mohammad Khan, president of the Muslim Democratic Club of New York, claimed that after 9/11, many Muslims chose to “lean into [their Muslim] identity.” This, said the Times, is particularly true of women, whose hijabs make them more visible.

This statement is disturbing. Why is this the “identity” they choose? Why not their American identity? Their careers? Their womanhood? Why not their chance to represent Muslim women who are not covered, who oppose the patriarchal, honor-based systems of conservative Islam, or who work to counteract the violent ideologies of Islamist extremists? More disturbing: why are these women, the ones who have chosen to identify as Muslim first, and not American, the ones who exalt the principles and values of Islamism, and not the Enlightenment, the leaders the media choose to celebrate?

Or did they forget? 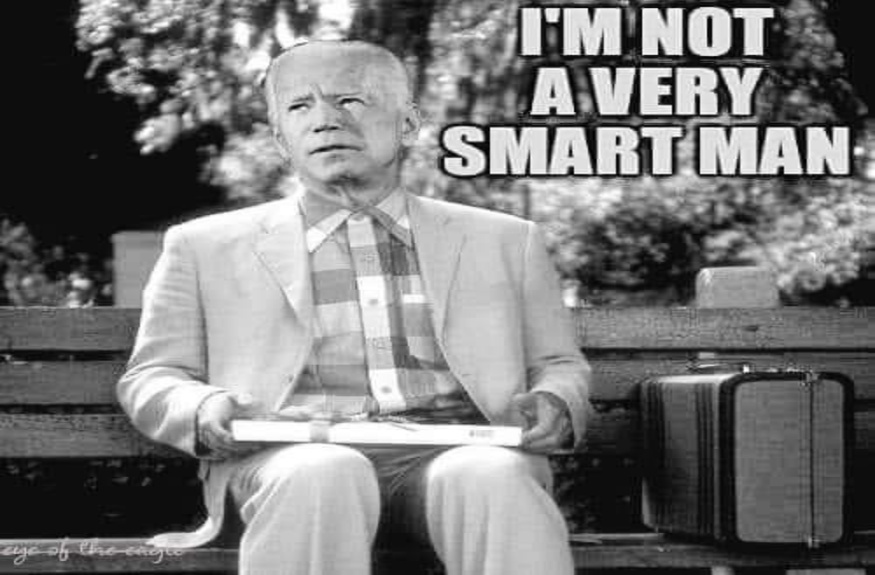