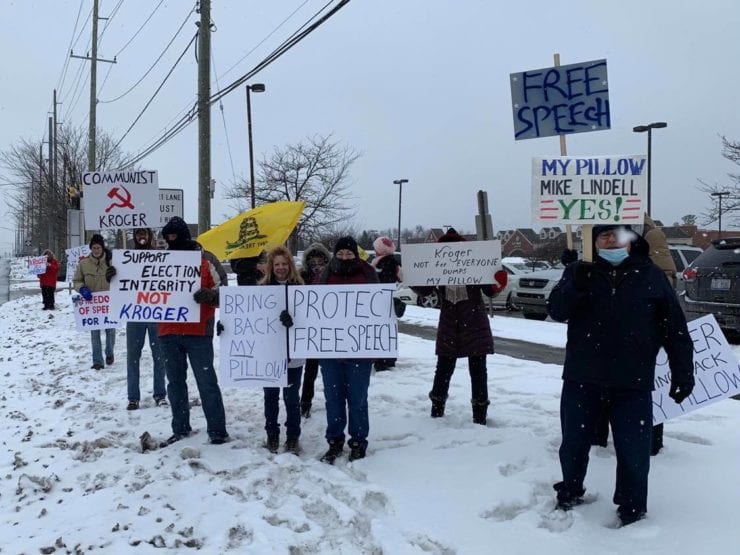 100 Percent Fed Up reports- Michigan residents came together over the weekend to stand against the popular Michigan grocery chain Kroger after they decided to join together with other corporate bullies and stop carrying the popular My Pillow products. My Pillow CEO, Mike Lindell, has been battered by Democrat lawmakers, the Democrat Party mainstream media, big tech bullies who censor conservatives on social media, and at least 18 stores who’ve removed his products from their shelves and online stores over his refusal to back down on his assertion that the November election was stolen.

Phil O’Halloran, who helped to organize the event, stood with a large group of citizens in front of the Kroger store in Lake Orion, MI, holding signs to show their support for Mike Lindell and his right to free speech, calling Kroger a “Communist” company over their decision to drop the My Pillow line from their stores. The temperatures on Saturday were in the single digits, and with the wind chill factored in, temperatures were well below zero.

The protest was centered around our free speech rights in America that seem to be eroding, while at the same time, Democrats cheer the silencing of their opposition by large corporations and big tech bullies.

Many, like Michigan resident Cara McAlister, braved the frigid temperatures to show their support for patriot, and Trump supporter, Mike Lindell. 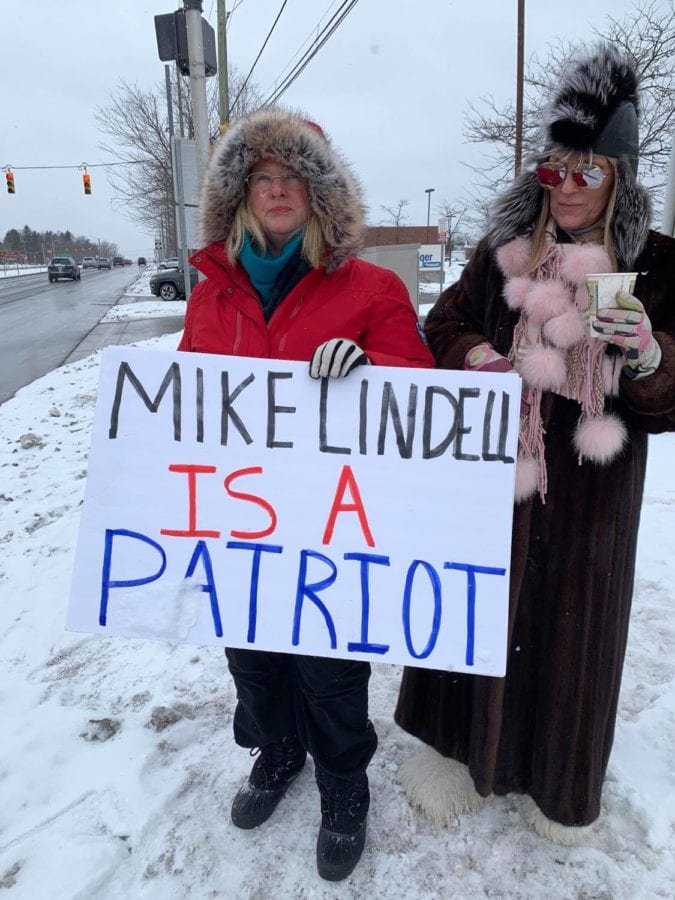 “Bring back My Pillow” was the message these ladies shared with Kroger customers. 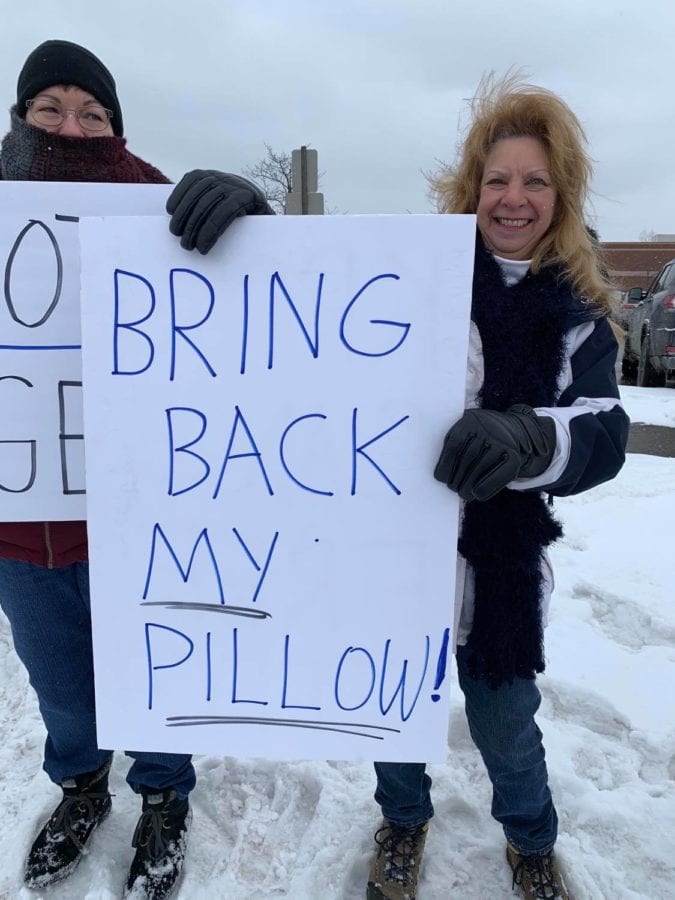 Overall, O’Halloran said the protest was a huge success, as he felt they were able to educate a number of Kroger customers who were unaware of their decision to help ruin the My Pillow CEO for standing up for free and fair elections by effectively “canceling” his products from their stores. The group handed out flyers to customers that included an explanation of how Kroger is purchasing products from Communist China, while at the same time, they’re working to silence the owner of American made products. The flyer includes an email and mailing address for