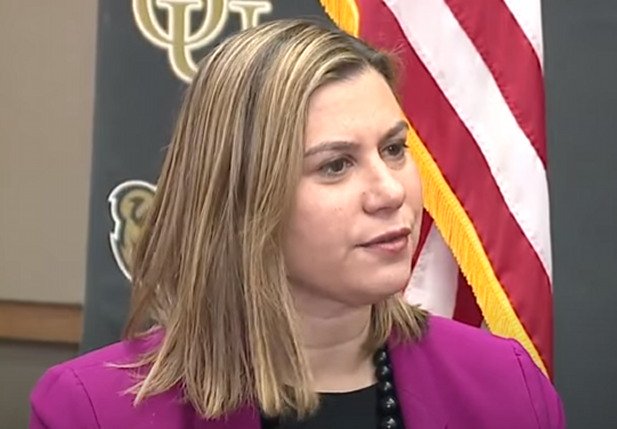 Democrats and the media might be making the same mistake they did in 2016.

They’re looking at all the polls that favor Joe Biden and they are believing them.

One person is sounding the alarm. Michigan Democrat Rep. Elissa Slotkin is convinced that support for Trump is going uncounted in the polls, and she is pleading with her party to recognize this.

Rep. Elissa Slotkin of Michigan is warning other Democrats who believe Joe Biden is the heavy favorite to win the presidential election based on recent polling.

In an interview with Politico, Slotkin expressed her skepticism about polls that show Biden holding a substantial lead over President Trump ahead of November.

“I don’t believe it,” Slotkin told Politico. “Listen, if anyone tells me they can accurately predict what major events are coming in the remainder of 2020, I’ll give them a thousand dollars. I mean, this has been the year of black swans. … I don’t for one minute think this [presidential] race is safe in anyone’s column.

I’ve been literally begging people to ignore those polls. They are a snapshot in time. And if 2020 has taught us anything, it’s that we have no idea what’s coming next.”

She talks about a conversation she had with a pollster:

“He told me that they fundamentally undercounted the Trump vote; that the Trump voter is not a voter in every single election, that they come out for Trump, so they’re hard to count,” the congresswoman told Politico.

Trump supporters can’t take anything for granted, but this is interesting.

She thinks the data is dead wrong.

“They fundamentally undercounted the Trump vote” in 2016, she says. “I believe that same thing is happening right now.”https://t.co/XXnyo66QDg

Are we going to see a replay of 2016 in November? Stay tuned.