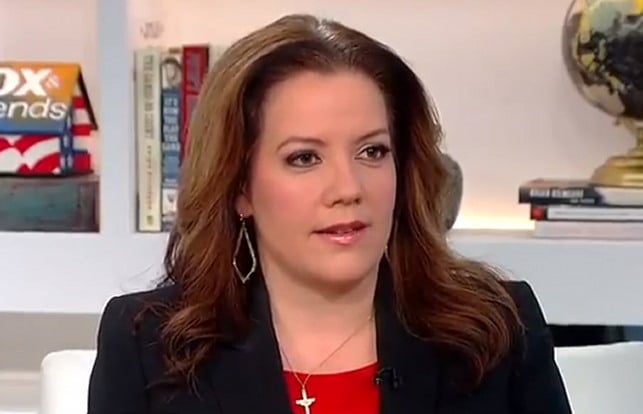 Republican Senate Leader Mitch McConnell is not a very popular guy on the right at the moment.

Conservatives are unhappy about the way that McConnell handled the midterms, as well as his willingness to work with Democrats on spending for Ukraine.

Conservative analyst Mollie Hemingway is now saying that Republicans are going to keep having problems until McConnell is no longer in office.

She writes at The Federalist:

GOP Can’t Be Successful Until Mitch McConnell Is Gone

Comments Senate Minority Leader Mitch McConnell made on Tuesday show why he has become the single biggest obstacle to GOP success.

The Kentucky Republican claimed giving more money to Ukraine is “the No. 1 priority for the United States right now, according to most Republicans.” The new $1.7 trillion Democrat spending bill he enthusiastically supports would give Ukraine another roughly $45 billion in assistance, bringing the total over the past eight months to more than $100 billion, a staggering figure even if it weren’t happening during a time of inflation, looming recession, and other serious domestic problems.

The comment about Republican priorities is so false as to be completely delusional. Among the many concerns Republican voters have with Washington, D.C., a failure to give even more money to Ukraine simply does not rank.

A large coalition of conservative groups, including the Heritage Foundation and the Conservative Partnership Institute, publicly opposed ramming through more Ukraine support during the lame-duck session before Republicans take over control of the House on Jan. 3, 2023. Strong pluralities and majorities of Republicans have told pollsters they want decreases, not increases, in foreign spending and global military involvement.

Lots of conservatives are tired of feeling betrayed.

Mitch McConnell said that sending funds to Ukraine “is the number one priority for the United States right now.”

Funny, I thought he was a Senator from the great state of Kentucky.

Last I checked, Kentucky was in America.

McConnell has turned the Senate GOP minority into the Make a Wish Foundation for Democrats https://t.co/UZCobtaRj3