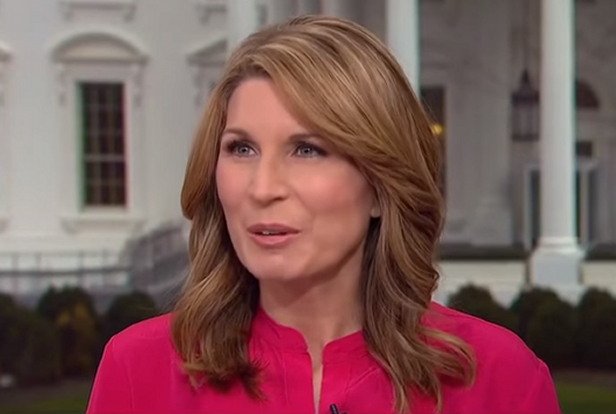 This is another classic example of projection from the left.

MSNBC and people like Nicolle Wallace have been running a smear campaign against President Trump for four years.

But now that a former staffer for Joe Biden has accused him of sexual assault, Wallace calls this a smear campaign against Biden from the right. Who does she think she’s kidding?

Nicole Wallace: ‘The right is operating a smear campaign against Biden’

MSNBC anchor Nicolle Wallace argued that “the right is running a smear campaign against Joe Biden” as the former vice president faces an allegation of sexual assault from former Senate staffer Tara Reade.

Wallace, a staunch critic of President Trump, made her comments while reacting to Biden’s interview earlier Friday with MSNBC colleague Mika Brzezinski, in which he denied the allegation. Biden also issued a statement saying the alleged assault did not happen.

Top Democrats including House Speaker Nancy Pelosi (Calif.) have defended Biden, saying they do not believe the allegations are true, while Republicans and the Trump campaign and conservative party leaders have accused Democrats and the media of a double standard when it comes to Biden and Supreme Court Justice Brett Kavanaugh, who faced sexual misconduct allegations during his confirmation hearings in 2018…

“Let me just say this to you having once been a part of the Republican party. The right isn’t running an intellectually honest operation to get to the bottom of whether Tara Reade was victimized. The right is running a smear campaign against Joe Biden,” Wallace opined.

.@NicolleDWallace: “The right is running a smear campaign against Joe Biden.” pic.twitter.com/SAeJcqGEBV

Does she think anyone believes this?

Now what the hell would Nicolle Wallace know about anything remotely related to “Intellectually honest”?