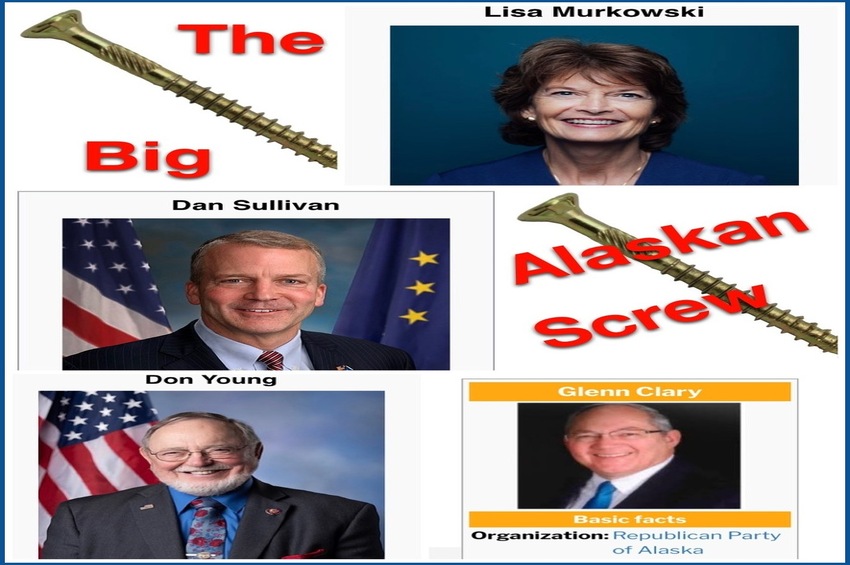 The Federal government owns sixty percent of the landmass in the State of Alaska. President Biden, in January, temporarily paused new fossil fuel extractions on federal land through an executive order. He did not reverse a surge of leases provided by the previous administration.

ReadSludge.com reports that during the confirmation hearing, candidate Deb Haaland has stated she intends to pursue an expansion of renewable energy projects on public lands if confirmed as the Secretary of the Interior. They also reported that Senator Murkowski and Rep Don Young said they would support Haaland’s confirmation. Sullivan was staying mum until the vote.   Click here to read the full article

Wikipedia states, “The real GDP of Alaska was $51.1 billion in 2011, $52.9 billion in 2012 and $51.5 billion in 2013. The drop-off that occurred between 2012 and 2013 has been attributed to the decline in the mining sector, specifically the oil and gas sectors, a consequence of declined production. The state’s economy has been described by University of Alaska Anchorage economist Scott Goldsmith as a “three-legged stool” – with one leg being the petroleum and gas industry, the second leg being the federal government and the third leg being all other industries and services. Between 2004 and 2006, the federal government was responsible for 135,000 Alaska jobs, the petroleum sector provided 110,000 jobs and all other industries and services combined for 122,000 jobs.

Here are Murkowski’s and Sullivan’s top 20 donors for 2020. Many are directly related to oil.

Next, let’s look at Murkowski’s, Sullivan’s, and Young’s voting record. The data is from the Conservative Review Scorecard. The information is compiled using each candidate’s top 50 votes over the most current six-year rolling period and regularly updated.

After looking at their donors and their voting records, I come to this conclusion.

In summary, I have concluded that our congress and the National and State GOPs are:

It is clear that Murkowski, Sullivan, and Young vote for their personal will and completely disregard the will of the people who elected them. I understand voting your conscience. However, your conscience should also include the will of the people. In reviewing the pitiful voting records for our Republican Senate and House, I laugh whenever I hear one of them say, “I voted my conscience”.

Newsweek in an article yesterday reported, “ The Alaska Republican Party’s ex-chairman, Tuckerman Babcock, said Tuesday that the party no longer wants Senator Lisa Murkowski to run as a GOP candidate.“  The hundred million dollar question is why does it take the former party chair to recognize this.  Why hasn’t  Alaska GOP Chair Glenn Clary been all over this? He was elected as the Alaskan GOP Chair in 2018.  For 2 years he has done nothing about these three! 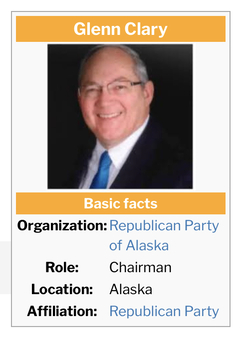 Most of the state GOP Chairs do not publish their email.  I consider that feedback – they do not want to be bothered by the “little people”.  If you can find an email for the National RNC Chair, Ronna McDaniel please let me know. I can only assume she feels the same way. I don’t want to blanket all of the GOP Chairs as do nothings. I am thankful for the few that have recently stepped up to censure their Senators and House representatives. Having said this, do you support the RNC?  If so, why?  Did they provide you with stellar candidates to vote for?  If you think so – please watch for my state by state report of voting records for Senators and representives before locking onto that belief. Do you feel the RNC supported the President with election fraud? I do know one simple fact – I will never believe that we have fair elections until this one has been remedied. Do you feel the RNC supported the President in every possible way?  Do you feel the RNC supported you?  Do you feel the RNC provided timely planning for cleaning voter rolls, staffing the polls and vote counting centers? As I write this, I literally received an email from the DNC inviting me to a training webinar! Why don’t we have webinars RNC?

It is tragic that Murkowski, Sullivan and Young have been allowed to run like wild animals with their own agenda under the guise of being Republicans.  They have duped Alaskans and the American people long enough. Sullivan, re-elected in 2020 is just beginning his six year term. Both Murkowski and Young are up for re-election in 2022. The good people of Alaska should demand suitable alternatives for each of these two.

I will donate directly to the campaign account for the candidates I support and the President’s and Sidney Powell’s pacs.  I will never donate to the RNC or an affiliate until the party straightens itself up.  I don’t care who the Republican president is – if we elect them – I expect the Senators and the Representatives to stand together every inch of the way. They do not do that.

I know the balance of power among both chambers is essential. But when you look at voting records like these, I ask anyone how these three contribute to maintaining the balance of power. The fact is they contribute nothing. If anything, they aid our enemy in taking us down. Absent suitable alternatives, I will vote for a Democrat to get them out of office.

A. We stand together as one

B. We control the votes – without us, you lose

C. We will never give up

D.  We will fight the Global Reset every inch of the way

D. Absent change – there is no role for you in our future

Your option is simple. Get on board or get out.

GOP, you have been served!

You can follow me on Gab, Parler, and Telegram @TheSheilaG2020