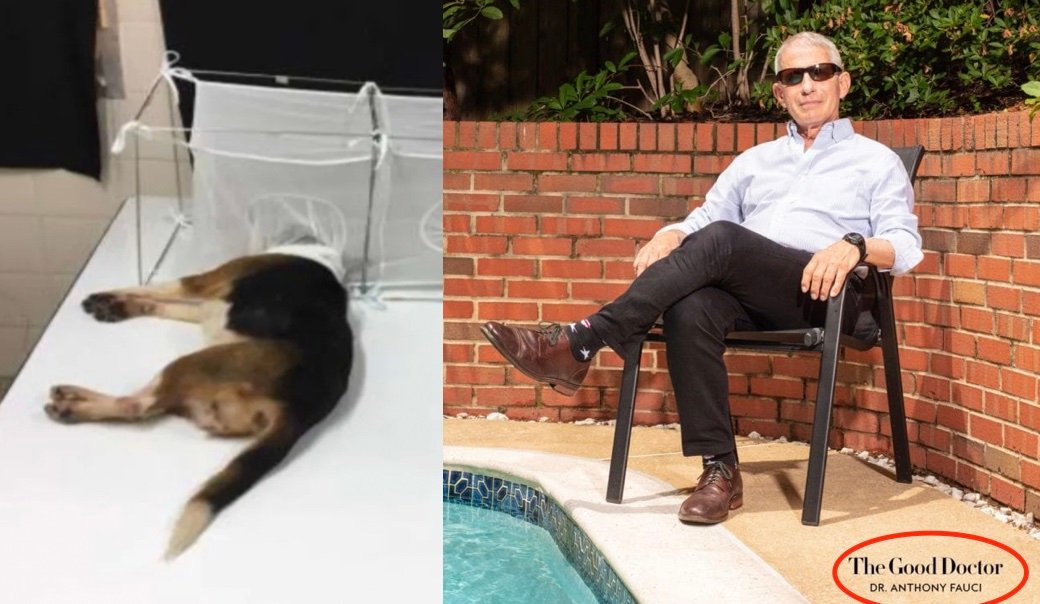 The report finally started making the rounds in the media this week.

Documents uncovered by the organization found that the National Institutes of Health division that is led by Dr. Fauci shipped part of a $375,800 grant to the lab in Tunisia to infest beagles with parasites.

The grant money funded a study published last month that detailed the horror inflicted upon the unlucky dogs.

One of the tortures that the beagles were subjected to included locking their heads in mesh cages filled with infected sand flies so that the parasite-carrying insects could eat them alive.

Beagles are often used for these tests because of their gentle nature, even towards those who harm them.

There was a photo of the test, which is sure to haunt anyone with a conscience.

According to their paper, the scientists starved the sand flies in order to make sure they were hungry enough to attack the dogs.

“The sand flies were then allowed to feed on the sedated dogs….” the report explains.

The nightmare for dogs did not stop there. The experimenters locked beagles alone in cages in the middle of the desert, isolated, for nine consecutive nights, to use as bait to attract more infectious sand flies. There is also a photo of this horror.

You can read the rest here.

Following our report and its revelations on Dr. Fauci’s Mengelean experimentation the fake online “fact-checkers” sprung into action. 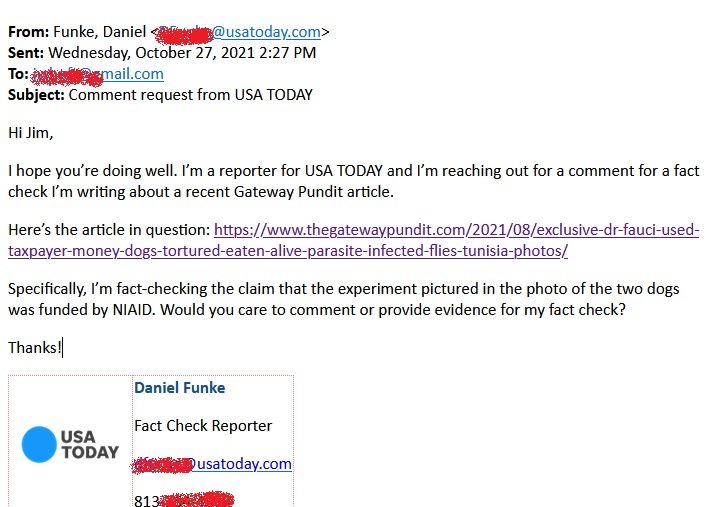 Please note: The function of the online “fact-checkers” is to harass and blemish conservative publishers. It’s not about facts. If it was they would demand Dr. Fauci step down for his numerous lies on funding the Wuhan lab behind the COVID virus and his gain-of-function funding. But these fact-checkers are not interested in the truth. They are interested in