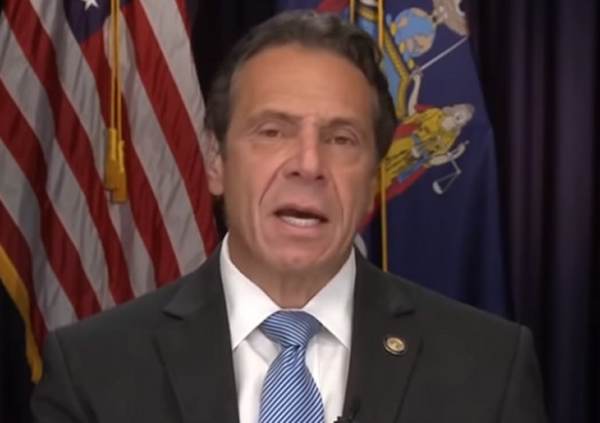 New York Governor Andrew Cuomo (D), 63, has been accused of sexual harassment by a second former aide in a bombshell report by the New York Times published Saturday evening.

Charlotte Bennett, 25, told the Times that Cuomo started asking personal questions of a sexual nature last May after previously acting as a mentor. Bennet now says she believes Cuomo was grooming her by taking an interest in her life.

Cuomo denies harassing Bennett and Bennett says Cuomo never tried to touch or kiss her. However Bennett says he asked her when she last hugged someone, if she was monogamous, whether she was sleeping with any of Cuomo’s staffers and whether she had ever had sex with an older man while telling her he was open to dating women in their twenties. Bennett also said Cuomo focused on her being a rape survivor.

Bennett reported the conversations to Cuomo’s chief of staff and to a lawyer in his office. Bennett was given a transfer to the other side of the Capitol in Albany but soon left the government and the state. Bennett also shared with the Times contemporaneous text messages with family and friends about the alleged harassment.

Bennett spoke to the Times after a reporter spotted her tweet commenting on the first former Cuomo staffer to accuse him of sexual harassment, Lindsey Boylan, who accused Cuomo of several instances of harassment and of kissing her, “For those wondering what it’s like to work for the Cuomo admin, read

For those wondering what it’s like to work for the Cuomo admin, read @LindseyBoylan’s story. https://t.co/PfWhTJgHuU

Excerpt from the Times report.

Breaking News: A second former aide to Governor Andrew Cuomo of New York accused him of sexual harassment. Cuomo denied any impropriety and called for an outside review. https://t.co/w3s2Ivnuj0

A second former aide to Gov. Andrew M. Cuomo is accusing him of sexual harassment, saying that he asked her questions about her sex life, whether she was monogamous in her relationships and if she had ever had sex with older men.

The aide, Charlotte Bennett, who was an executive assistant and health policy adviser in the Cuomo administration until she left in November, told The New York Times that the governor had harassed her late last spring, during the height of the state’s fight against the coronavirus.