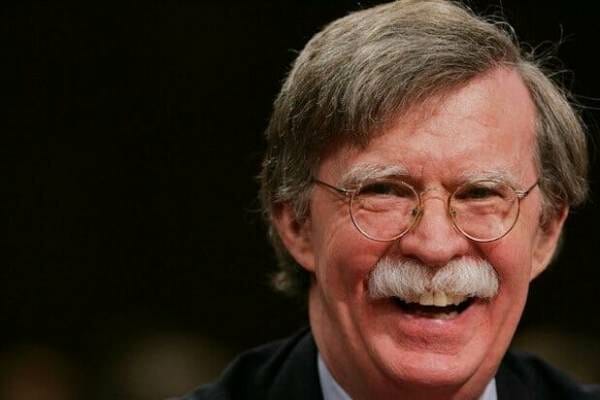 Trump has already announced his candidacy, while DeSantis has not.

“[DeSantis has] had a very successful run as governor of Florida. He won re-election on Nov. 8 with a big majority. A lot of people look to him as the next generation candidate,” Bolton said in a recent interview with The Guardian. “That’s one of Trump’s biggest problems – his act is old and tired now.”

Bolton, who has seemingly never heard of a nation that he doesn’t want to bomb, pointed to the midterms and said that people “just switched Trump off in their brain.”

“There’s no doubt Trump’s endorsement in the primary can be very valuable to a candidate in the Republican party. But relying on that endorsement or trumpeting yourself as the Trump-endorsed candidate is poisonous in the general election. So if you actually want to win elections, Trump is not the answer,” Bolton said.

Bolton continued. “One question we asked was: do you want Trump or do you want a fresh face? I think in our last poll over 50% said they wanted a fresh face. That’s only going to continue. I personally don’t think Biden is going to end up running on the Democratic side and that’ll have an impact as well.”

“Even if they loved his style, loved his approach, loved his policies, loved everything about him, they don’t want to lose and the fear is, given the results on Nov. 8, that if he got the nomination, not only would he lose the general election, but he would take an awful lot of Republican candidates down with him,” Bolton told The Guardian.

Bolton was fired by President Trump in his first term. The former president blamed Bolton for bad advice and said in January 2020, “If I listened to him, we would be in World War Six by now.”

While DeSantis has been amazing on domestic issues, his foreign policy positions remain largely unknown, and the endorsements from neocons has left some wondering if they would put America First.

DeSantis has “had a very successful run as governor of Florida,” Bolton said in the interview. “He won re-election on 8 November with a big majority. A lot of people look to him as the next generation candidate. That’s one of Trump’s biggest problems – his act is old and tired now.”