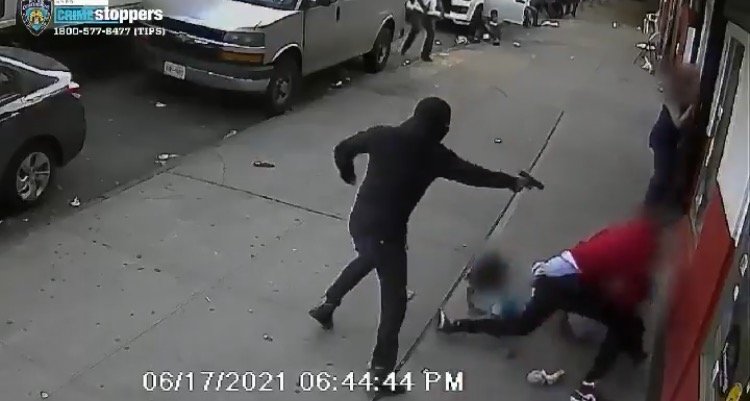 The wave of violence sweeping through Democrat controlled cities shows no signs of diminishing. The woke politics of the left is sowed seeds of chaos that is now sprouting into rampant, unchecked violence. Here’s the latest tally for New York City and Chicago:

New Yorkers saw 21 shootings that injured 26 people between Friday and Sunday, a slight dip from the same dates last year when 30 people were shot in 25 acts of gunplay.

In Chicago, 92 people were shot over the holiday weekend, 16 of whom died, according to the Chicago Sun-Times. The victims included a Chicago police commander and a sergeant who were wounded while dispersing a crowd on the city’s West Side early Monday.

But let’s take a closer look at the chaos in New York City. New York City was a place I loved to visit. But it is a “no go” zone for me now. If you decide to take the tourist terrorist challenge, be sure to have life insurance in place before you go.

Just look at these headlines from covering three days–July 2 thru July 4 (all courtesy of the NY Post). In addition to shootings, you have robberies, battery, assault and stabbings. Gives new meaning to the opening line of Sinatra’s standard–“Start spreading the news”:

Doctor new to NYC distraught after dog stolen from apartment

MTA bus driver pepper-sprayed by passenger in the Bronx

Man stabbed to death in NYC apartment, one arrested: cops