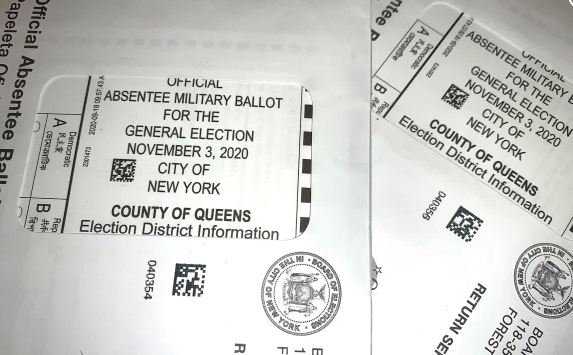 New York City voters are receiving mail-in ballots marked for military despite never serving in the US military.

This is the same state that took six weeks to decide a primary election in Carolyn Maloney’s district in New York City.

Voters in New York City have received mail-in ballots for the 2020 presidential election marked for military use despite never having served in the armed forces — causing confusion and concerns over whether the ballots can or should be used.

The misprint makes it appear that the voters received a “Official Military Absentee Ballot” instead of a “Military/Absentee Ballot,” leaving several borough residents who received the documents — including two Post journalists — worried that their votes might not be properly tallied.

“I believe that’s just the tip of the iceberg,” said City Councilman Jimmy Van Bramer, referring to the constituents in his Sunnyside district who have reached out to him about receiving the ballots. “It appears that everyone has gotten this particular ballot.”

Experts from both sides of the political aisle said the typo ultimately wouldn’t matter because the city Board of Elections uses the same ballots for both military voters and traditional absentee voters who live in the same district.