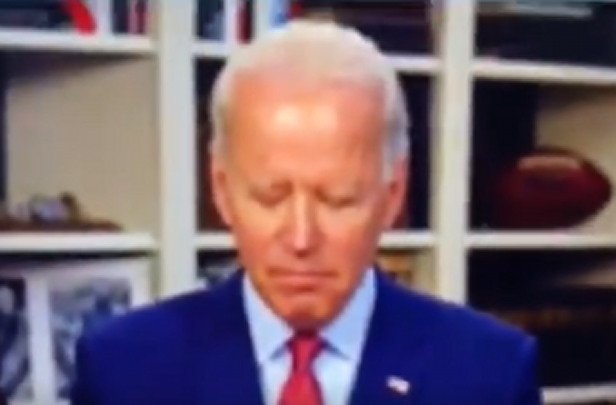 As the November election draws near, one thing is becoming clearer by the day.

The media is absolutely terrified by the idea of Joe Biden debating President Trump. They’re afraid he is going to melt down on national television or have a serious senior moment, showing the country he is unfit to lead.

Over the weekend, CNN suggested Biden skip the debates, now the New York Times is joining in.

The New York Times published an op-ed Monday morning titled “Let’s Scrap the Presidential Debates,” arguing that they play too great a role in helping voters choose the president.

Journalist Elizabeth Drew assures readers that she is not worried that Biden will lose the debates.

“This, by the way, isn’t written out of any concern that Donald Trump will prevail over Joe Biden in the debates; Mr. Biden has done just fine in a long string of such contests,” she writes.

The point, she says, is that the debates are meaningless — “that ‘winning’ a debate, however assessed, should be irrelevant, as are the debates themselves.”

This is from the New York Times article:

Nervous managers of the scheduled 2020 presidential debates are shuffling the logistics and locations to deal with the threat of the coronavirus. But here’s a better idea: Scrap them altogether. And not for health reasons.

The debates have never made sense as a test for presidential leadership. In fact, one could argue that they reward precisely the opposite of what we want in a president. When we were serious about the presidency, we wanted intelligence, thoughtfulness, knowledge, empathy and, to be sure, likability. It should also go without saying, dignity.

Who saw this coming? Oh right, everyone. pic.twitter.com/cSC3q0oPIC

Look at this collection of headlines.

They have no confidence in Joe Biden.