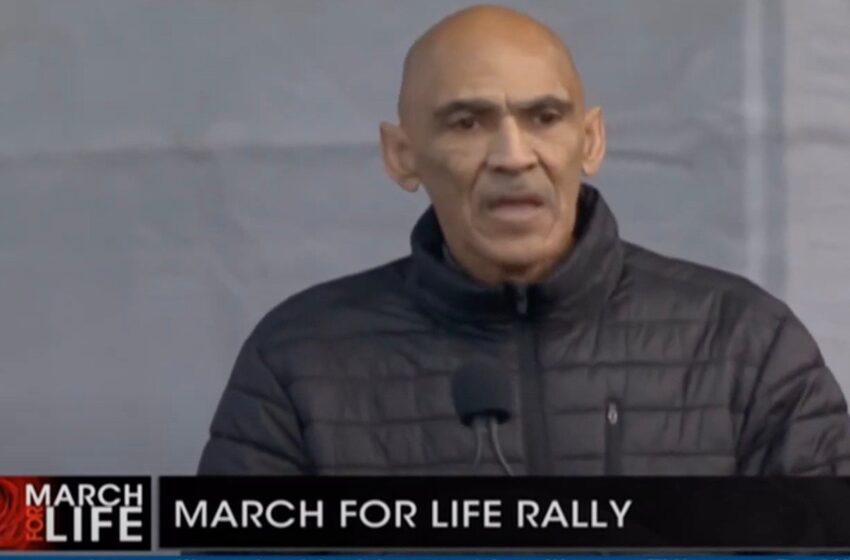 NFL Hall of Fame coach Tony Dungy attended the March For Life rally in Washington D.C. on Friday.  Dungy gave a powerful speech about the power of prayer and discussed the miraculous recovery of Buffalo Bills player Damar Hamlin after a cardiac arrest during Monday Night Football.

Dungy told the crowd, “It is amazing to me that God actually used football to shine some light on the subject of life for all of us.”

Dungy, a father of three biological children and eight adopted children,  is a pro-life Christian who has continued to boldly share his beliefs despite attacks.

Tomorrow Lauren and I will be in Washington DC attending the 2023 March For Life. It will be my first time at the March and I’m looking forward to joining my friend @BenjaminSWatson and thousands of others who will be there to support those unborn babies who don’t have a voice. pic.twitter.com/4rOBEbdsgP

In his remarks about Hamlin and the power of prayer, Dungy shared, “A young man by the name of Damar Hamlin of the Buffalo Bills made a routine tackle and his heart stopped beating right on the field. It could have been tragic, but something miraculous happened. The team medical staff rushed out and got Damar’s heart started again. But you know what? That wasn’t the miracle. The real miracle was the reaction of everyone to that.”

“The announcers on the broadcast, what did they say? ‘All we can do is pray.’”

“All across the country, people started praying.”

“Those prayers were answered, Damar is recovering now and has been released from the hospital.”

Watch his full remarks below.