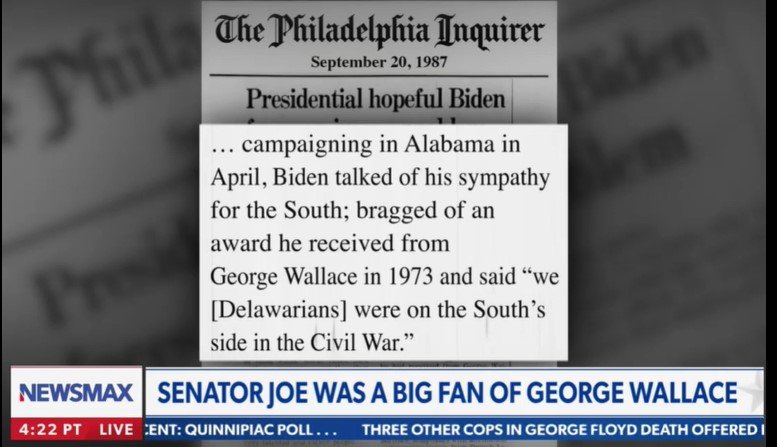 Joe Biden flew to Atlanta, Georgia on Tuesday to push the Democrats’ “voting rights” bill that legalizes midnight ballot boxes, ballot harvesting, voting without ID and all of the other gimics Democrats use to steal elections.

During his speech, Joe Biden asked his Atlanta audience if they wanted to be like George Wallace, a Democrat and noted racist, or like Martin Luther King, Jr. He insisted that if you oppose their legislation to steal elections then you are a racist.

Greg Kelly reported on it tonight.