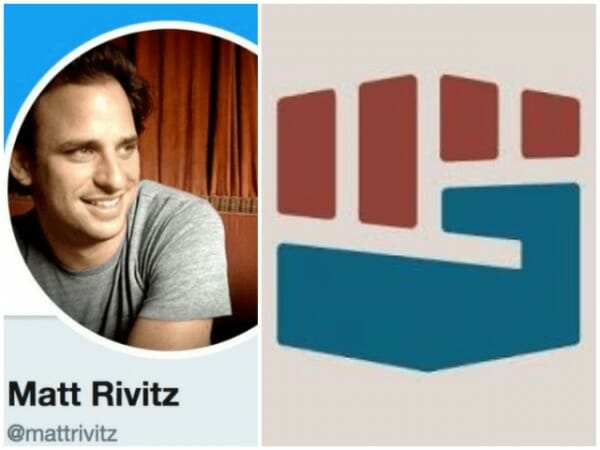 Sleeping Giants has worked since the 2016 election to bankrupt conservative groups by targeting their advertisers.

Like former fascists before them they do not approve of opposing voices.

Matt Rivitz has devoted his life to eliminate opposing voices in America he does not approve of.

Rivitz was careful to keep his identity a secret – Until 2018.

His tactics are much like the Nazi regime in Germany back in the 1930s.

Their goal is to keep the internet and public square free from conservative, pro-American, patriotic voices.

He does this by smearing and lying about conservatives and threatening US corporations who run ads on their platforms. And Matt has had extensive support from liberal outlets.

These same companies he attacked anonymously online with Sleeping Giants.

So Matt Rivitz was doing work for several corporations in the advertising world and then harassing many of these same companies anonymously at Sleeping Giants in his free time.   It would be interesting to find out if he did this while he was at work?

On Saturday afternoon after several previous suspensions for exposing fraud in the 2020 election The Gateway Pundit twitter account was suspended.

The Gateway Pundit is one of the top five conservative news outlets in America today.  We are ranked in the top 150 websites in the US.

Following the news Matt Rivitz called on Spotify to Google to shut down service to our website.

Additionally, @Shopify and CEO @tobi still monetize The Gateway Pundit operation by allowing him to use their service to sell merchandise. https://t.co/Fzj4WPekoD

This is the left.

They will not be satisfied until