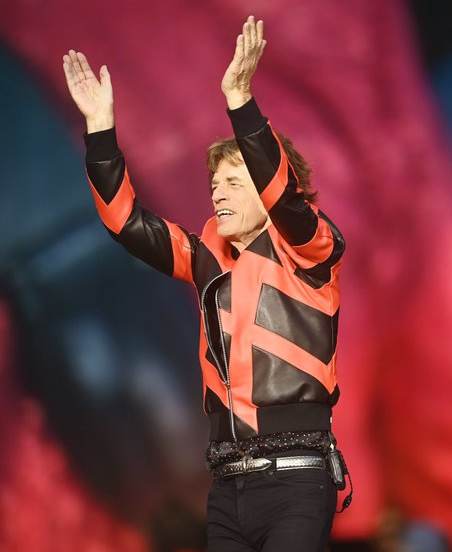 The Rolling Stones cancelled a concert scheduled for Monday night in Amsterdam after lead singer Mick Jagger,78, experienced symptoms and tested positive for COVID. The Stones were vaccinated last year before beginning the U.S. leg of their tour in St. Louis in September The band is touring Europe this spring and summer celebrating their 60th anniversary and has ten more dates scheduled through the end of July. The cancellation of the Stones’ concert follows ex-Beatles drummer Ringo Starr, 81, cancelling the remaining dates of a spring/summers US tour this past weekend after two members of his All Starr Band tested positive.

The Rolling Stones have been forced to call off tonight’s concert in Amsterdam at the Johan Cruijff Arena, following Mick Jagger testing positive after experiencing symptoms of COVID upon arrival at the stadium.

The Rolling Stones are deeply sorry for tonight’s postponement, but the safety of the audience, fellow musicians and the touring crew has to take priority.

The next shows are scheduled for Bern, Switzerland on Friday and Milan, Italy on the 21st.

Just a couple hours before announcing the cancellation the Stones posted a video promoting the Amsterdam show.

Are you ready for the Stones SIXTY show Amsterdam? We’ll see you tonight at Johan Cruijff ArenA

Their last concert was in Liverpool, England on June 9.

From Liverpool with love!
It was great to see you all tonight

Last September the Stones released a video encouraging their fans to get vaccinated like they had and to wear masks at their U.S. shows.

Looking forward to seeing you at a show soon, keep safe! pic.twitter.com/sDPDsCvYjg