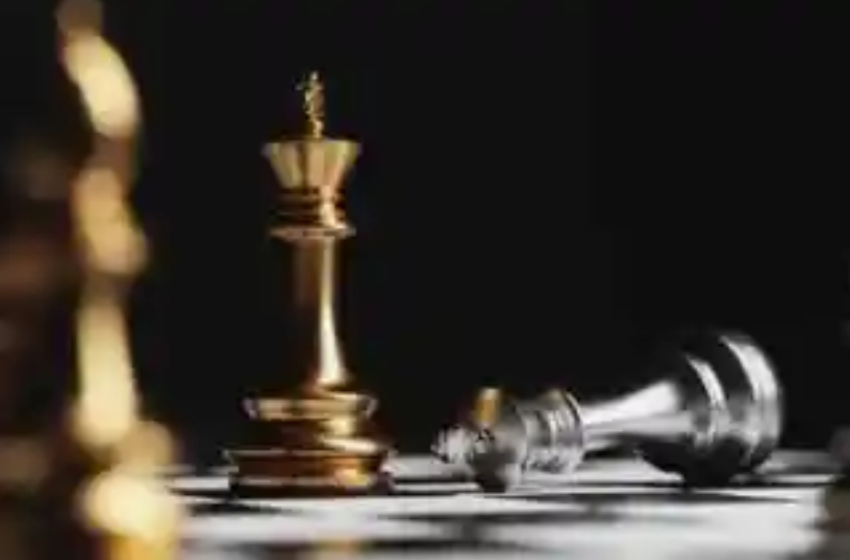 Update: Donald Trump took the Fifth today during the questioning as it might incriminate him. Read about what he said to her at the end.

ON WEDNESDAY, Donald J. Trump will face questioning under oath from the New York attorney general’s office. The New York Times calls it a crucial turning point in a long-running civil investigation into his business practices. They said that if he slips up, it “could breathe new life” into the case that has lost steam. James could even get something to send to prosecute, they report.

Attorney General Letitia James announced she was running for office to get Trump before her election. Now she gets to depose him and try to catch him in a perjury trap or a fake obstruction charge.

Watch her talk about running for office to get Trump:

New Yorkers: When you see women pushed to their death in front of Subway cars, when children are shot in the middle of Times Square, know that the Cy Vance and Letitia James prioritized investigating Trump over fighting crime. They are responsible for the mess that is New York. pic.twitter.com/KckroVSJLJ

Donald Trump denied wrongdoing and lashed out at the F.B.I. raid of Mar-a-Lago as “an assault” that “could only take place in broken, Third-World Countries.” He has also called the investigation by the New York attorney general, Letitia James, a politically motivated witch hunt.

He repeated his criticism on his Truth Social account. “In New York City tonight. Seeing racist N.Y.S. Attorney General tomorrow, for a continuation of the greatest Witch Hunt in U.S. history!” he wrote. “My great company, and myself, are being attacked from all sides. Banana Republic!”

Since March 2019, Ms. James’s lawyers had scrutinized every aspect of his businesses, like anyone on a witch hunt would do. It has been hard-put to find evidence, but she’s hoping to trap him when she gets to depose him.

Early this year, Ms. James said in a court filing that the company’s business practices were “fraudulent or misleading” but added that her office needed to question Mr. Trump and two of his adult children to determine who was responsible for that conduct.

According to the Times, because her investigation is civil, Ms. James can sue Mr. Trump but cannot file criminal charges.  The Manhattan district attorney’s office had been conducting a parallel criminal investigation into whether Mr. Trump fraudulently inflated valuations of his properties. Even Alvin Bragg dropped the case because THERE WAS NO EVIDENCE OF WRONGDOING.

And depending on Mr. Trump’s answers to Ms. James’s questions on Wednesday, his testimony could breathe new life into that investigation, which lost momentum earlier this year. If Mr. Trump stumbles — or incriminates himself — Ms. James’s office could alert the district attorney’s office, which has said that it will closely monitor the interview, the Times wrote hopefully [emphasis mine].

There you have it. They are looking to entrap him.

Ms. James’s inquiry could wrap up sooner than those investigations. Rather than file a lawsuit that would take years to resolve, she could first pursue settlement negotiations with the former president’s lawyers to obtain a swifter financial payout. But if she ultimately sues Mr. Trump — and if Ms. James prevails at trial — a judge could impose steep financial penalties on Mr. Trump and restrict his business operations in New York.

As usual, all of the Times sources are anonymous so we left out as much as possible.

After arriving at James’ office Wednesday morning, Trump first posted on his Truth Social page, “At the very plush, beautiful, and expensive A.G.’s office. Nice working conditions, as people are being murdered all over New York – and she spends her time and effort on trying to “get Trump.””

Trump then released a lengthy statement in which he noted that James “openly campaigned on the policy of “Get and Destroy Trump.”

This political attack on me, my family, and my great company is her despicable attempt to fulfill that cynical, and very corrupt promise. James developed a political platform and made a career out of maliciously attacking me and my business before she was even elected, or reviewed one of the millions of pages of document we willingly produced. She proclaimed, “I look forward to going into the Office of Attorney General every day, suing him… and then going home!” she announced, “what is fueling my soul right now is Trump,” and that she had her “eyes on Trump Tower.” She even assured her supporters in an Election promise that, “we’re going to definitely sue him. We’re going to be a real pain in the ass. He’s going to know my name personally,” and she claimed I was an “illegitimate President.” In her AG victory speech, she promised to “shine a bright light into every dark corner of Trump’s real estate holdings.” Shortly thereafter, she vowed to “use every area of the law to investigate President Trump and his business transactions, and that of his family as well.”

What Letitia James Has tried to do over the last three years is a disgrace to the legal system, an affront to New York State taxpayers, and a violation of the solemn rights and protections afforded by the United States Constitution.

I did nothing wrong, which is why, after five years of looking, the Federal, State, and local governments, together with the Fake News Media, have found nothing.

NY AG-Who Admitted She Will Go After Trump- to Depose Him on 1-7December 9, 2021In “Home of News, Politics & Opinion”

DOJ’s Grand Jury Seen as a Turning Point in the Plan to Get DJTAugust 6, 2022In “Home of News, Politics & Opinion”