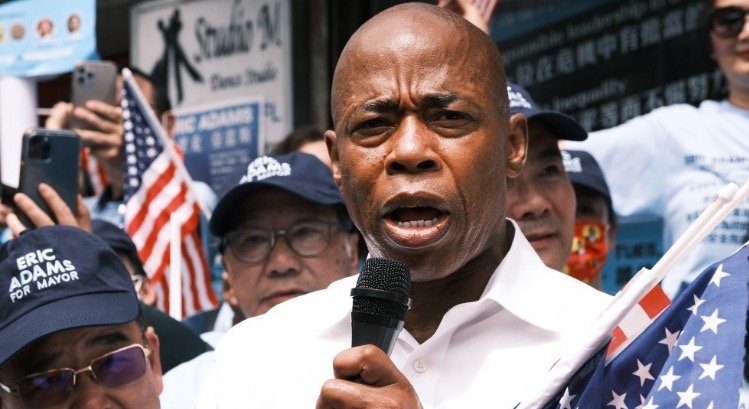 The NYC Mayoral primary devolved into chaos after the Board of Elections announced there was a “discrepancy” in the vote count.

Then all of a sudden the New York City Board of Elections released a statement announcing there was some technical difficulties in counting vote tallies.

We are aware there is a discrepancy in the unofficial RCV round by round elimination report. We are working with our RCV technical staff to identify where the discrepancy occurred. We ask the public, elected officials and candidates to have patience.

Eric Adams’ camp released a statement wondering where 100,000 votes came from to make it a tight race.

“The vote total just released by the Board of Elections is 100,000-plus more than the total announced on election night, raising serious questions,” the Adams statement says. “We have asked the Board of Elections to explain such a massive increase and other irregularities before we comment on the Ranked Choice Voting projection. We remain confident that Eric Adams will be the next mayor of New York because he put together a historic five-borough working class coalition of New Yorkers to make our city a safer, fairer, more affordable place.”

“The Democratic primary for mayor of New York City was thrown into a state of confusion Tuesday when election officials retracted their latest report on the vote count after realizing it had been corrupted by test data never cleared from a computer system.” – AP reported.

BREAKING: Election officials in New York City have retracted their latest vote totals for the Democratic primary for mayor. They say 135,000 test ballots were inadvertently included in the count. https://t.co/mUvVW8k6VR