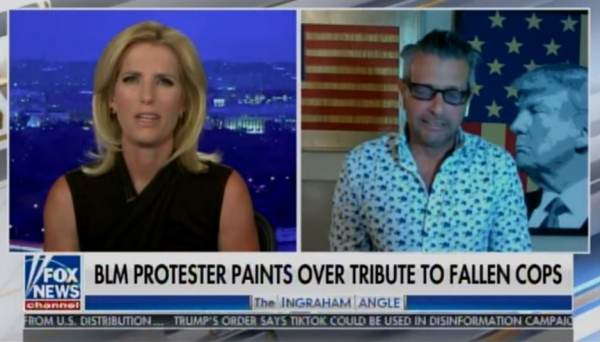 Soon afterward a young, white, Black Lives Matter Marxist painted over his line because she was offended by his support for police.

On Friday Scott Lobaido joined Laura Ingraham to talk about his street art.

Lobaido told Laura he received a cease and desist from the New York City officials after his public support for the police.