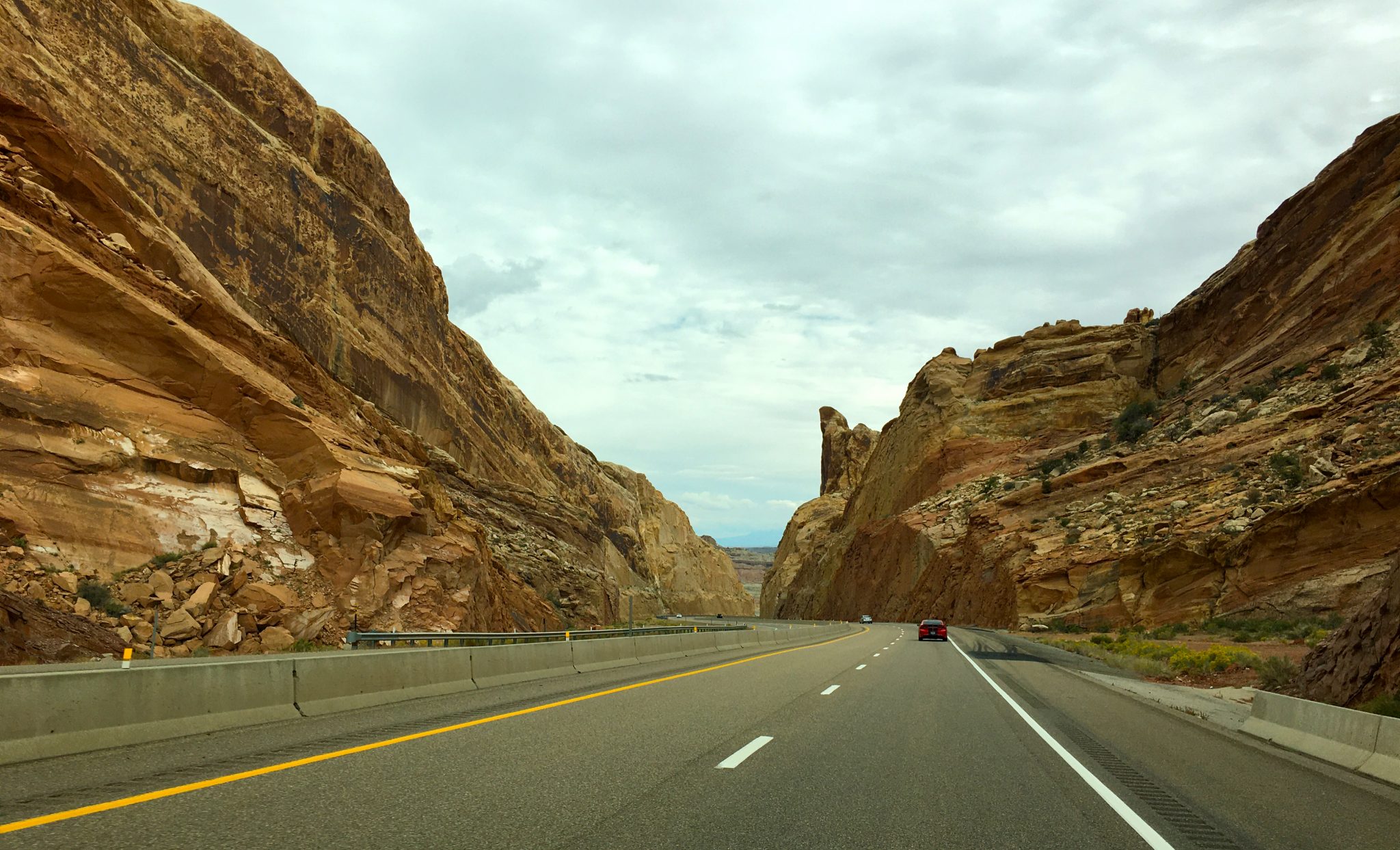 On September 23rd I set out on a road trip with my family, not just to unplug from reality for a bit, but to have an adventure and explore some places we’ve never been before. Of course, I knew that this long-desired adventure would entail making observations through a totally different lens than I would have five years ago, or even 2 years ago.

We rented a 26’ RV since there were four of us, along with my dog. We wanted to have the comfort while being on the road, and the space to spread out. I had high hopes of writing my thoughts while traveling, but the sheer bumpiness of the ride quickly diminished that hope. Instead, I made mental notes in my mind, and shot many photos along the way. My poor dog was in a state of shock at first, with all of the rattling noises and bumpy ride, but after a few days he began to gel into his dog bed. He was pretty much toast by the time we reached each destination, and looked like this in every pic. But once morning came, he was as excited to explore as we were, and so happy that the whole family was there. My parents were real troopers, and it was nice to hang out with my brother because we are always both so busy working.

It was fascinating rolling from town to town and state to state, experiencing not just the difference in landscape, but the landscape as aRead More