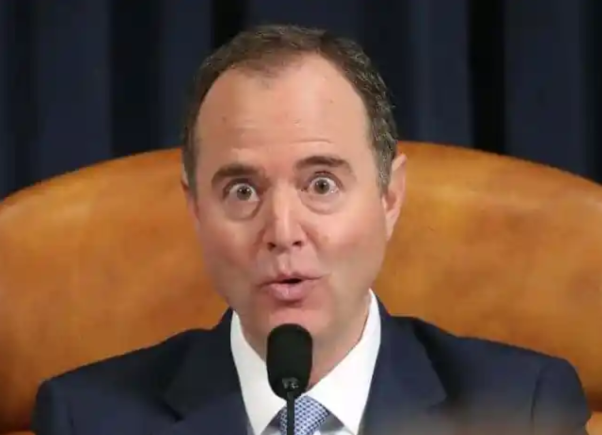 FINALLY SOME BOLD- FACED LIARS GETTING WHAT THEY DESERVE!

Democrat Reps. Ilhan Omar, Adam Schiff, and Eric Swalwell responded to being kicked off the Foreign Intelligence Committee, which they should never have been on in the first place.

Ilhan Omar responded in a tweet: This is what the so-called “law and order” party is doing with their tiny majority: Handing the keys over to conspiracy theorists like Marjorie Taylor Greene and protecting the criminals who tried to overthrow our democracy on January 6th.

She linked to an article stating MTG allegedly claimed that the House would investigate Nancy Pelosi and the mistreatment of J6 prisoners.

In her statement Monday, Omar said, “McCarthy himself accused Jewish Democrats of trying to ‘buy elections,” referring to how he tweeted in 2018 about Democratic mega-donors George Soros, Tom Steyer, and Michael Bloomberg ahead of that year’s midterm elections.

She pulled the race card and said McCarthy is stoking “fear and hate against Somali-Americans and anyone who shares my identity, and further divide us along racial and ethnic lines,” The Washinton Post reports.

“McCarthy’s effort to repeatedly single me out for scorn and hatred — including threatening to strip me from my committee — does nothing to address the issues our constituents deal with,” Omar of Minnesota said.

“What it does is gin up fear and hate against Somali-Americans, and anyone who shares my identity and further divide us along racial and ethnic lines,” she added. “It is a continuation of a sustained campaign against Muslim and African voices, people his party have been trying to ban since Donald Trump first ran for office.”

Omar has made numerous anti-Israel comments and shouldn’t be on a committee where she gets Israeli intelligence.

Eric Swalwell of California responded. He suggested that the threat to remove him, and perhaps the others is because McCarthy has become beholden to the Trump wing of his conference to get the votes needed to become speaker.

Kevin McCarthy said it’s because of his intimate ties to a Chinese spy. She also helped fund him.

“Kevin can do whatever he wants to pander to the … MAGA extremists, but I promise you, no matter what committees I’m on (or not on), I [will] not stop fighting to expose the GOP’s lies,” he tweeted.

Kevin can do whatever he wants to pander to the MTG’s and MAGA extremists but I promise you, no matter what Committees I’m on (or not on) I not stop fighting to expose the GOP’s lies. https://t.co/FYHk4Y5bOI

Adam Schiff frequently appeared on TV claiming to have seen proof of Trump colluding with Russia. He never did have an ounce of evidence.

McCarthy wants him off the committee because of his advocacy for the now-discredited Steele dossier, which Democrats ordered to discredit then-2016 GOP presidential nominee Donald Trump.

Schiff responded that McCarthy has capitulated to the conference’s “far-right,” Pro-Trump members. [If you vote for Donald Trump, you’re far-right? So, 74 million Americans are far-right?]

America-hater Ilhan Omar gets a big new job in the HouseFebruary 13, 2021In “Home of News, Politics & Opinion”

Ilhan Omar still thinks the US and Israel are ‘terrorists’June 30, 2021In “Home of News, Politics & Opinion”

Big! If GOP wins back the House, Ilhan Omar will lose her committee assignmentJune 15, 2021In “Home of News, Politics & Opinion”