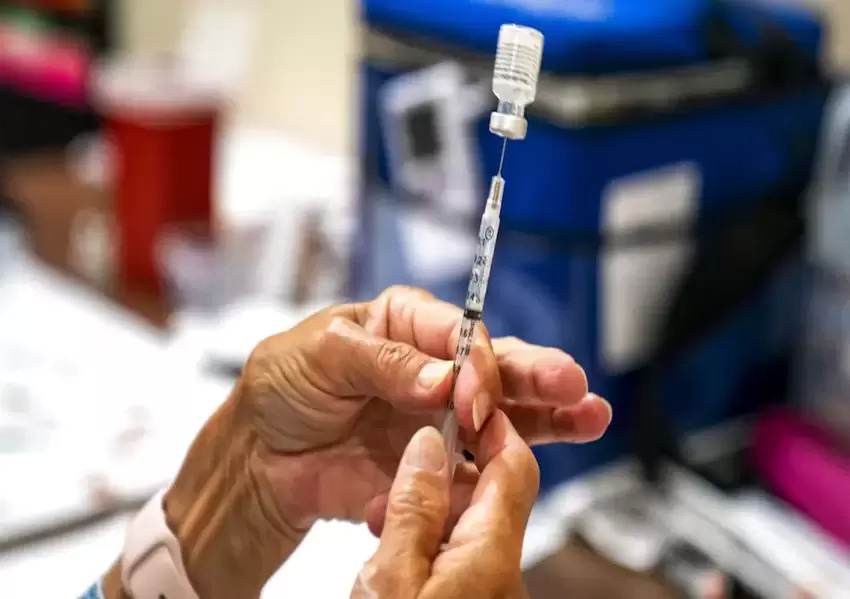 The Occupational Safety and Health Administration intends to give companies additional time to get employees vaccinated or regularly tested.

The Labor Department announced on Saturday that it was pushing back the date for businesses to comply with its vaccine-or-test mandate.

OSHA is “gratified the U.S. Court of Appeals for the Sixth Circuit dissolved the Fifth Circuit’s stay of the Vaccination and Testing Emergency Temporary Standard,” The regulatory agency stated.

UK STUDY: ‘NO EVIDENCE’ OF OMICRON HAVING LOWER SEVERITY THAN DELTA

OSHA issued the temporary standard on Nov. 4, which would require businesses with 100 or more employees to mandate either vaccines or frequent testing.

OSHA stated that to “provide employers with sufficient time to come into compliance,” it would provide businesses not complying with the Nov. 4 standard until Jan. 10 to get things in order or face citations.

Noncompliance citations regarding testing requirements would not be issued before Feb. 9, so long as an employer is exercising reasonable, good faith efforts to come into compliance with the standard, the department stated.

State lawmakers have already signaled that they intend to appeal the 6th Circuit decision.

“A bad decision by a left-leaning panel (Bush and Obama judges) of the 6th Cir. It’s un-American to force an unconst vax mandate on private biz, forcing people to choose b/w unemployment & an irreversible med procedure,” Texas Attorney General Ken Paxton tweeted on Friday. “I will immediately take this to SCOTUS to seek a reversal.”