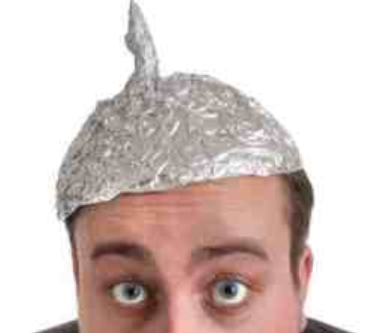 We have selected seven of our favorite left-wing conspiracies from gas stoves to Mar-a-Lago for your enjoyment. Let us know what you think. Maybe you can add some. The flat earthers of the Left really soak up those conspiracies.

Richard Trumka’s son, Junior, who is a commissioner of Consumer Product Safety Commission (CPSC), said they’re looking into banning gas stoves. The idea bombed, and there was a lot of blowback since 44% of Americans own gas stoves.

New York Governor Hochul wants to ban gas stoves and fossil fuels in small and large buildings by 2025 and 2030, respectively.

Trumka and Hochul aren’t “nobody,” but the clownish hosts on MSNBC’s Morning Joe are twisting reality anyway.

Flatten the Curve for Two Weeks

Do you remember this alleged conspiracy theorist?

Remember back in 2020 when this commentary was dismissed as a wild conspiracy theory? How times change. pic.twitter.com/QUjAP0ZkYH

Even though we have it in their own words, the media wants you to believe any mention of The World Economic Forum wanting global domination is a conspiracy.  They have said they want us to eat bugs and almost never travel further than 15 minutes from home.

Michael Schellenberger has a nice write-up about that here.

It’s not as if they don’t say it on video, over and over.

No one has to make up a thing. Everything they say is crazy. They’re kooks, and they want to control everyone and everything under the climate hysteria umbrella.

Censorship of Conservatives Is a Conspiracy

The whole censorship of conservatives as a conspiracy is blowing up with the Twitter Files releases. We now discover there were 500 to 1,000 government agents from almost every executive agency and fifty states censoring everything on Twitter. Twitter wasn’t the only social media censored. All social media was censored.

Yes, they clearly did shape the narrative on vaccines. They might have done it for money and power, in which case, they’re evil.

Another conspiracy theory turns out to be true. https://t.co/XsY5M93C8b

Russians, Russians, and Russians Behind Her Bush and Every Tree

The Hillary Clinton Russia conspiracies believed by so many are constantly blowing up. Russiagate was a fraud, Russian spies provided the dirty dossier, and the troll farms were the joke we always knew they were.

The Democrats and their media allies spent 5 full years drowning US politics in a deranged conspiracy theory from the bowels of the CIA — that Russia had seized control of the levers of power in America — and when you watch them do it, one feels a mix of contempt and pity:👇 https://t.co/rO18myAIf0

Bill Gates And Our Food

Bill Gates could be a megalomaniac left-wing guy. He isn’t a doctor, yet he’s deciding global public policies for everything from vaccines to the food we eat. He’s buying up the farmland and vaccinating the livestock. He operates under no guidelines except his own.

It’s not a conspiracy theory when he’s actually doing it.

For the love of God, can Republicans form a committee to investigate Bill Gates and what the hell is going in our food. This isn’t a conspiracy. This is actually happening. pic.twitter.com/4muDeCSU65

As the outrageous assault on Mar-a-Lago was described as a hit job, the Left called it a conspiracy theory. A former President’s home was raided, his wife’s and son’s drawers and closets were rummaged through, and they used an illicit warrant that allowed the agents to take anything they wanted, including Donald Trump’s will.

It was done over something that is not a crime. A President can take the documents after saying they are declassified.

Now, we see what happens when a former Vice President, namely Joe Biden, steals top-secret documents. He was not allowed to take them.

The DOJ never raided Biden’s homes, let his lawyers dig through his files, and aren’t trying to charge him. The media has made fools of themselves covering for him.

This comes from a corrupt left-wing government.